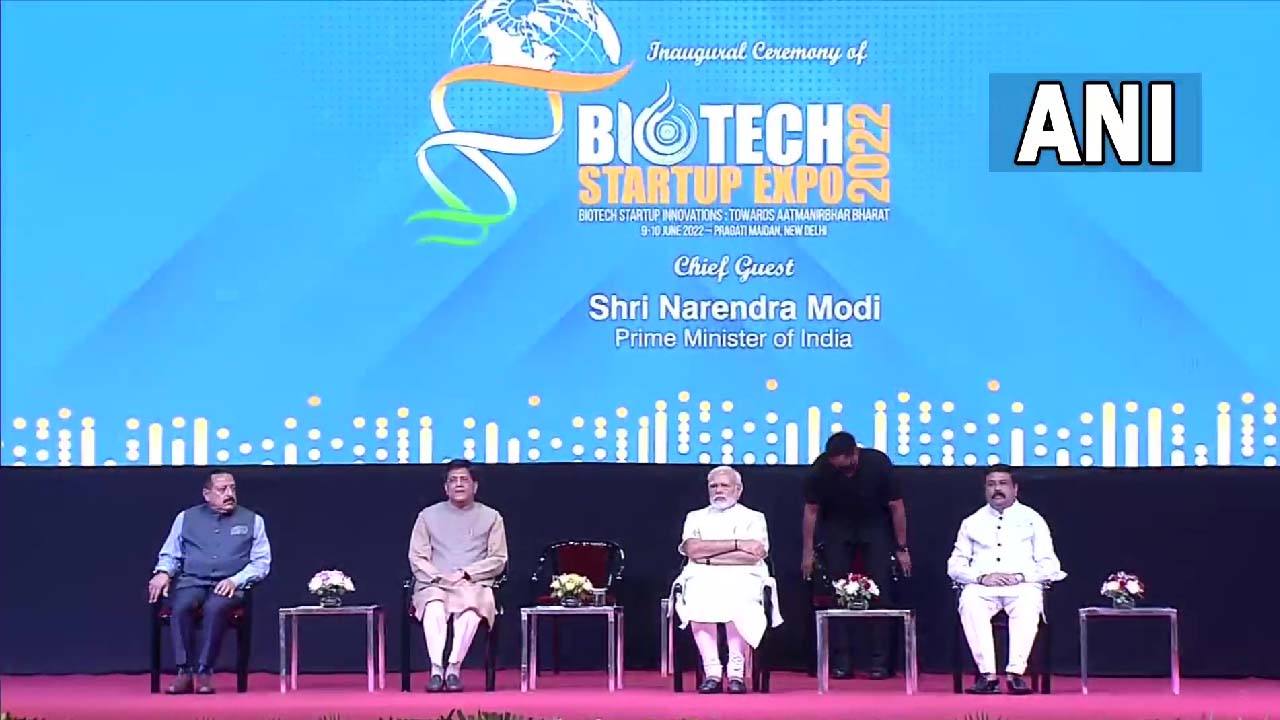 The Department of Biology and the Biotech Industry Research Assistance Council hosted the inaugural event. The event is being held to commemorate BIRAC's ten-year anniversary.

Entrepreneurs, investors, industry representatives, scientists, bio-incubators, manufacturers, authorities, and government officials will all be present at the Expo.

He praised the country's startup ecosystem, claiming that between a few hundred and 70,000 start-ups have been established in a variety of industries in the last eight years.

Biotechnology applications will be displayed in fields such as healthcare, genomics, biopharmaceuticals, agribusiness, industrial biotech, waste-to-value, and renewable energy, among others, at over 300 stalls. A roundtable discussion on the growth of the bio-economy will be held on the opening day of the exhibition.

The Biotechnology Industry Research Assistance Council (BIRAC) of the Department of Biotechnology is hosting the event. It is being held to mark the ten-year anniversary of BIRAC's founding. The theme of the Expo is 'Biotech Startup Innovations: Achieving AatmaNirbhar Bharat.'