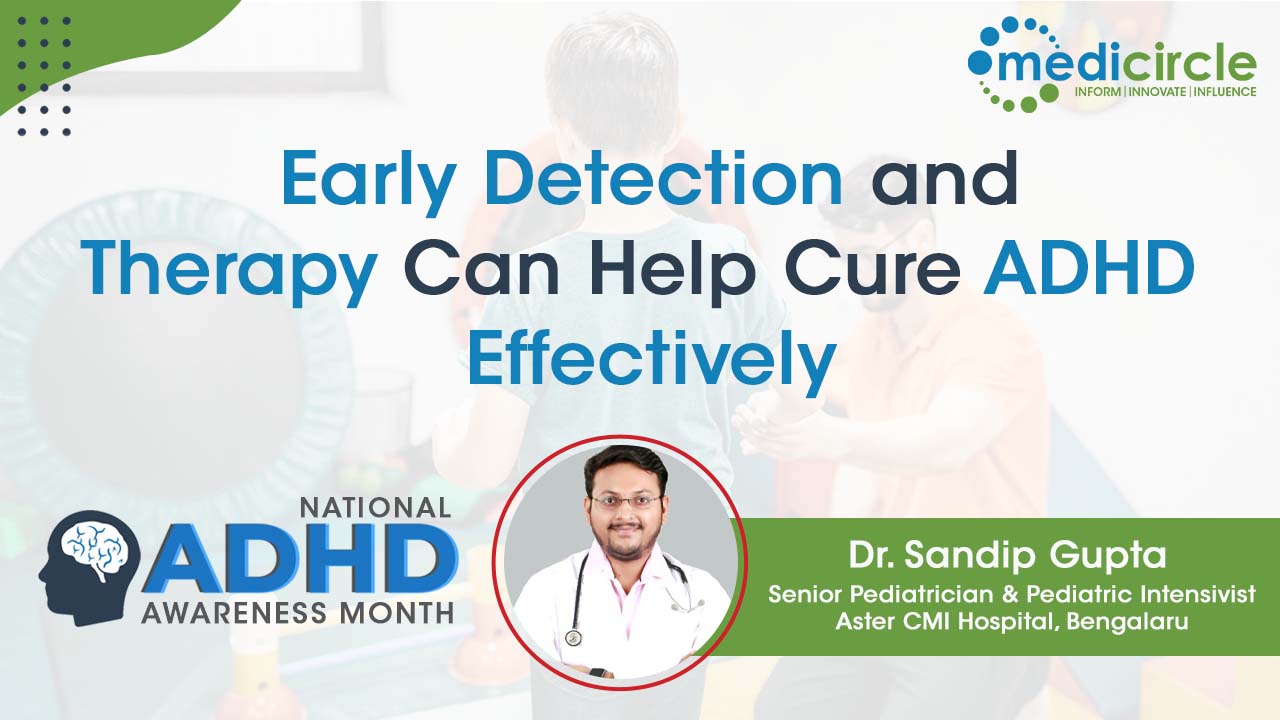 One of the most prevalent neurodevelopmental diseases in children is ADHD. It frequently persists into maturity and is typically initially diagnosed in infancy. Children with ADHD may struggle to regulate their impulsive impulses and pay attention.

ADHD studies conducted in different parts of India suggested a prevalence between 2% to as high as 17%. In numbers, an article published in India mentioned that it is estimated that 10 million Indian children are diagnosed with ADHD annually.

A hyperactive child means that child will be constantly moving and always on the go.

An impulsive child means he cannot wait for his turn, interrupts people talking and before the question is answered he will give the answer. Additionally, he will be very restless around many people. He will lack the patience to talk to anyone.

These collaborative things all together are known as ADHD. There are children who are having hyperactive-impulsive behaviour as well as the other type is inattentive type child. Moreover, there is another type of ADHD in children that can be a combination of both of these types.

Signs and symptoms of ADHD

ADHD is an excess of being hyperactive or impulsive affecting educational performance, functioning and social areas. It is very difficult for the people around an ADHD child to control them and their behaviour. While being inattentive, he is also unable to do complex activities, focus on what is being told and correspond accordingly. ADHD is known to happen in more than 1 seating.

Difference between autism and ADHD

Can ADHD be cured?

Dr. Sandip Gupta states “ADHD has different types and severity. As children grow Beyond 10-12 years, almost 50% overcome ADHD and their behaviour gradually slows down and becomes normal. 50-60% go through adult ADHD and they still continue to have hyperactive behaviour and it will be very difficult for them to control themselves. The other part is that 50-60% go through adult ADHD wherein there are a lot of interventions like Occupational therapy, cognitive behaviour therapy and therapy with medications. The cure for the same depends on case to case basis.”

Is ADHD a disorder among children alone?

Can ADHD be caused by poor parenting?

No poor parenting can not cause ADHD.

ADHD children won't be able to focus a lot on playing video games. Autism children can play video games in a much better way.

Intervening early should be the prime motive. The child’s behaviour can be modified and they can be doing well academically as well as socially quite well. If there is a delay in diagnosis, a lot of precious time will be lost wherein a lot of things can be done which will help the child a long way. Under suspicion contact the nearest pediatrician or meet a developmental pediatrician who is expertise. Parents aren't to be blamed for ADHD. Having patience and starting therapy early are 2 key factors.