All you need to know about sleep apnea 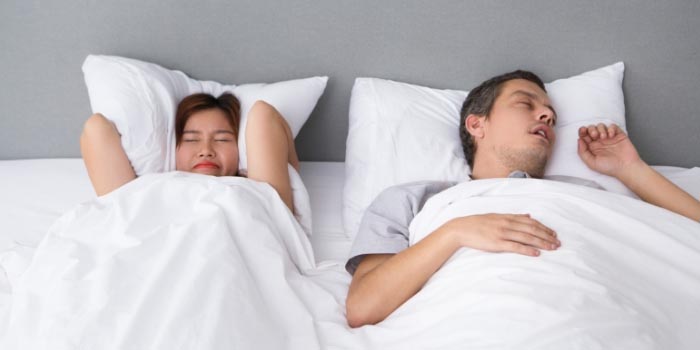 Due to sleep apnea, patients suffering from sleep apnea have to face a lot of difficulty in breathing during sleep, due to which there is a lot of disturbance in sleep.

The real reason behind sleep apnea

Sleep apnea can last from a few seconds to minutes. Due to sleep apnea, there is a blockage in the upper air passage of the patient's windpipe, due to which oxygen does not flow properly. A person suffering from sleep apnea complains of snoring. But that doesn't mean that every snorer has sleep apnea. There are two types of sleep apnea. Obstructive sleep apnea and central sleep apnea.

Let us know in detail in this article what causes sleep apnea and what are its symptoms?

All these reasons can cause a person to have sleep apnea.

Through tests, doctors try to diagnose sleep apnea. Only then do doctors start treating patients.

Breathing devices - In the initial condition, doctors try to treat the patients with the help of breathing apparatus. This device uses a CPAP (Continuous Positive Airway Pressure) machine.

Oral Apparatus - In this method the doctor uses tongue rinsing and a mouthpiece. This device is worn by the patient while sleeping. This helps to open the upper air passages of the windpipe.

Orofacial therapy - In this therapy, doctors get the patient's mouth and tongue done. Through this therapy, an attempt is made to strengthen the muscles of the mouth.

Implants - In transplantation, the doctor inserts a device into the patient's body, with the help of which the device reaches the muscles that open the windpipe. This opens the windpipe and makes breathing easier.

Surgery - Doctors resort to surgery when there is a serious condition. The surgery is done in three ways. which are as follows-

What should we eat?

What not to eat

Eating a balanced diet Stay away from things like smoking and alcohol. Keep the weight under control. Sleep and wake up on time. Exercise regularly.
Tags : #sleepapnea #breathinginsleep #breathingdifficulty #myhealth #medicircle #smitakumar