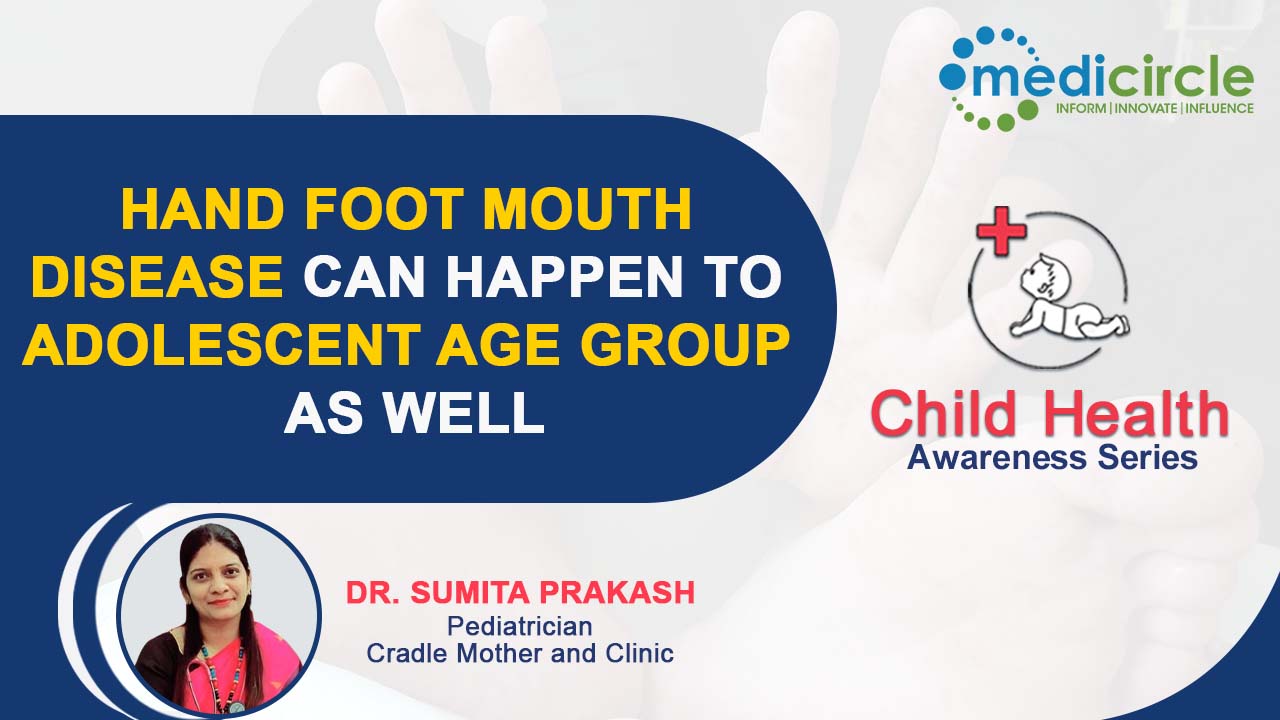 Hand, foot, and mouth disease (HFMD) is a common viral illness usually affecting infants and children but can affect adults and adolescent groups as well. Although the condition is typically not serious, it is extremely contagious.

According to the National Center for Biotechnology Information “A total of 15 341 patients with HFMD were reported and 32 patients (0.2%) were classified as having severe HFMD. The annual mean incidence rate of HFMD was 219.3/100 000 of the general population. The incidence and case severity rates of HFMD generally decreased between 2013 and 2017.”

What is Hand Foot Mouth Disease

Coxsackievirus is the common cause of the mild viral infection known as "hand, foot, and mouth disease." Worldwide, HFMD occurs, and young children and preschoolers are particularly susceptible. It is commonly observed in kids at the end of the summer and the start of the rainy season.

Prodrome of fever, sore throat, sickness. After the incubation period, small spots begin to develop on the skin and mouth ulcers can also occur. The main symptoms are blisters and rashes.

HFMD is highly contagious and it spreads due to lack of hygiene. It spreads through droplet infections like coughing and sneezing, fluids from the blisters, Close contact with the infected child, and spreads through the feces(stools) of the child.

Complications in children due to HFMD

How long does HFMD last?

Dr. Sumita Prakash states "HFMD lasts for about a week but extends up to 10 days in some cases.  In severe cases, it can go beyond 10 days and the child should consult a doctor if it extends beyond 10 days. If the child is less than 6 months of age the time limit is 3 to 7 days for the blisters to start the healing process."

Handwash is essential and making it good practice for the child is a must. Disinfecting common areas and preschool areas also should be done. Occasionally disinfecting and cleaning should be done in the children’s play area.

Do only babies get HFMD?

Usually, it affects preschoolers between the ages of 6-7. It is quite uncommon and has a milder form in the adolescent age group. Preschoolers and infants are the main age groups affected by HFMD.

HFMD is predominantly seen in the hand foot and mouth. Lesions also develop in the genitals, buttocks and trunk area.

Can the child suffering from HFMD use soap?

The child can take a bath but needs to be careful while using soap as it can leak out fluid from the blisters and once they leak out they are infected.