HealthAssure – Catering to the health needs of 2 MILLION Indians 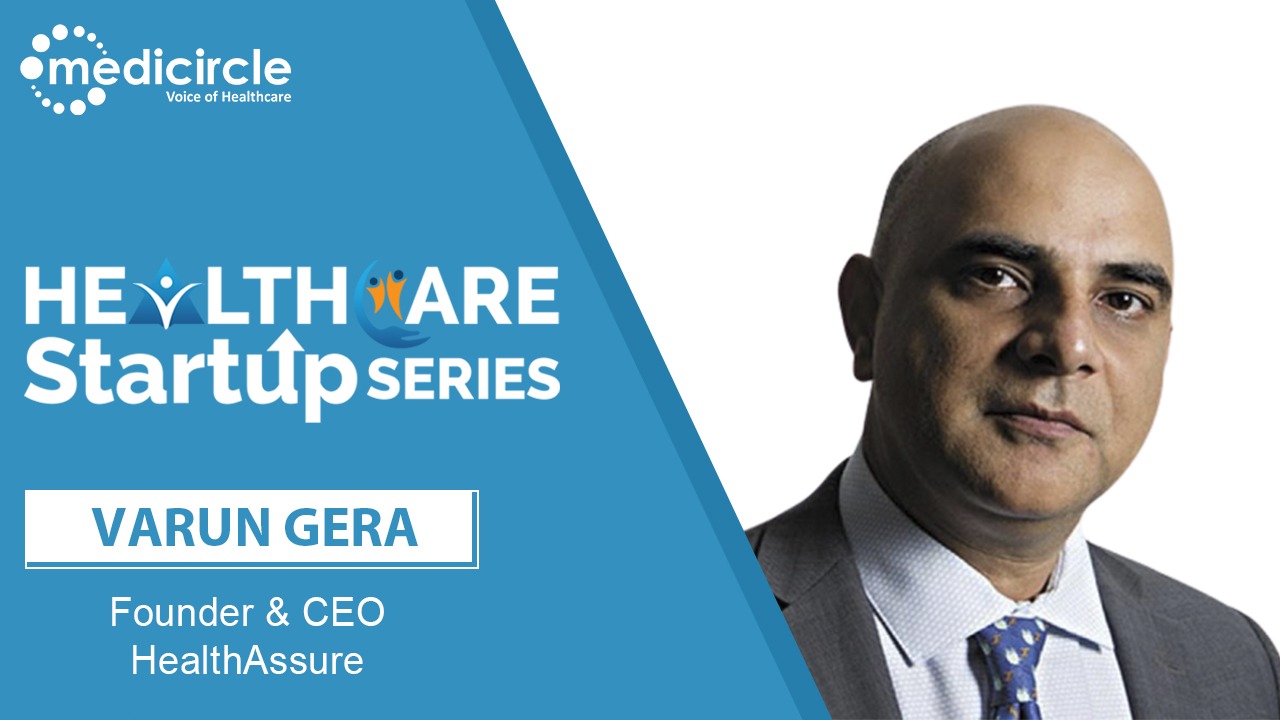 In the last 10 years, HealthAssure has built the largest ecosystem of primary care spanning 1200 cities, making it easier for anybody within five kilometres of these locations to get over 65,000 different types of primary care.

1 in 4 Indians will suffer from diseases like diabetes, lung diseases, stroke, or cancer. Annually, 5.8 million Indians lose their lives to non-communicable diseases or NCDs according to WHO’s report. With the outbreak of the pandemic, many are now taking strides in taking care of their own health. Last year, an average Indian spent around $2 on nutritious food which will increase to $18 by 2025. Preventive healthcare is now a $100 billion industry in our country.

Varun Gera is the founder of HealthAssure. He was the CEO of UnitedHealthcare India and an Advisory Board Member of Midmark (India) Private Limited. Being in the healthcare industry for years, Varun understood the market and sought to change its drawbacks. He saw the immense potential in the preventive healthcare and wellness sector.

Varun Gera says, “Healthassure, we are slightly older in the market. We've been there for 10 years plus. We have built the largest ecosystem of primary care across 1200 cities in the last 10 years So it's very, very widespread. We also make it very deep. So, for any person in these 1200 cities within five kilometers, we give them around 65,000 permutation combinations for primary care and of course, we give it a very good discount.

The services at healthAssure, in terms of the quality of the medical centers that we tie up with, are very good. So, my NPS is 46. And we work with almost all the insurers in the market from the LIC s all the way to the standard health insurance companies like Niva, Bupa, Religare or Care insurance, Aditya Birla, and many more. We have been there for 10 years and we are around 350 Odd employees strong and we're trying to change the market.”

Varun Gera informs, “The way we define ourselves better is that we are a network-based product company. So, building networks is what we are doing. So typically, what we see is that for consumers, healthcare is too complex.

So whether it's, a consumer, which is maybe a small child, but for whom the caregiver is the one who's serving, Imagine having to go through a pediatrician's vaccinations, as you get older, dental and then, of course, diagnostics, nursing, Physio, Pharma. So it's a very, very complex ecosystem.

So managing the network is probably one of the most complex things if you want to control the quality and make people healthier. If you manage the network that becomes much easier. So we are slightly different from that where we tell ourselves like a health tech company where we build networks with a tech platform on top of it, and that's where we can solve very, very complex requirements for any person living across this entire 1200 cities.”

Varun Gera tells, “We've been having various verticals over the last years that we have built them out. So, insurance, corporates are another linear teleconsultation, fitness, and wellness. And,  now we have an insurance product, which is a b2c, which is the Fifth Vertical that we have. So in terms of clients, we serve 3 million customers. On the b2b side, we must have service around, I'd say maybe around 300 odd corporations or groups for that matter.”

Varun Gera states,” I think we have not raised too much money. I think we've just been very, very prudent when it comes to the way we have built our company. So we've raised just over $5 million. And we define the kind of pillars that a company sits on, its fourfold on the ground level is the medical network. So there's one team managing that we deployed funds there.

On top of that, there is a product team that defines what medical networks to pick and choose. That's the other side of the business. So, that's the other place where you deploy funds. And, its technology and distribution. So pretty much four areas for us to, you know, piece out this entire ground network product, technology, and then how do you sell it?

Varun Gera explains, “It's like both ends of the spectrum. One, of course, is the fact that you definitely need funds for investing. You possibly cannot have all the money to invest for tomorrow. On the other hand, sometimes when the investors feel like that's what they want to focus on, they just plow funds into you. So do you need all those funds? I don't think so. You know, so the answer is somewhere in between. and, health tech has been a more recent phenomenon post COVID because it's such a complex industry. I think the investors were probably happier just focusing on tech companies. And now is the time when they're moving towards health and health tech companies. So, probably the time is right now for raising more and more funds in the market.”

Goals and Plans of HealthAssure for the year 2022

Varun Gera tells, “We are focusing on consumerizing health care. So typically in the market, if you see which is the biggest aggregator of health, that's insurance. Unfortunately, the insurance in India only sells hospitalization. So people who buy this product are people who are more than 40 years old, and they use it for many years, maybe 10-15 years after they bought it. So it's not really a consumerized product. But across the world, health insurance covers day to day-care, it's a much more common consumer Edge product.

So if tomorrow you fall sick you go to a doctor, you know, you want some wellness stuff, you want to get some preventive care, all diagnostic pathologies, etc, they should be covered. So, we are focusing on that element. And I feel the market is massive. So the market is around all the health insurance customers right now, which is more than 160 million customers. Plus, it will be all the other younger customers who never thought health insurance is their cup of tea right now to let them they're young. So it's a massive market. And we're trying to focus on that. And recently, that's more like a year back, we've launched insurance OPD products. And that's doing very well. And we've tied up with some key partners on the insurance side and we've co-created these products. So I would say this is what we are focusing on. The health care area has so many opportunities. But for us, this is the large opportunity that we are waiting for.”

Message from Expert at HealthAssure

Varun Gera informs,” I look at the younger population in India, they're doing fantastically well. An amazing amount of talent and entrepreneurship is just coming out. So it's very, very impressive. So but I think the tenets of being a good entrepreneur still stay the same across the world and whether you know, whether it's a country like India or us or China, which is basically tried and believe in yourself and try and do something which really is meaningful and where you add value to what we're trying to do. So, I wish all the best to the young budding entrepreneurs who are watching this program.”