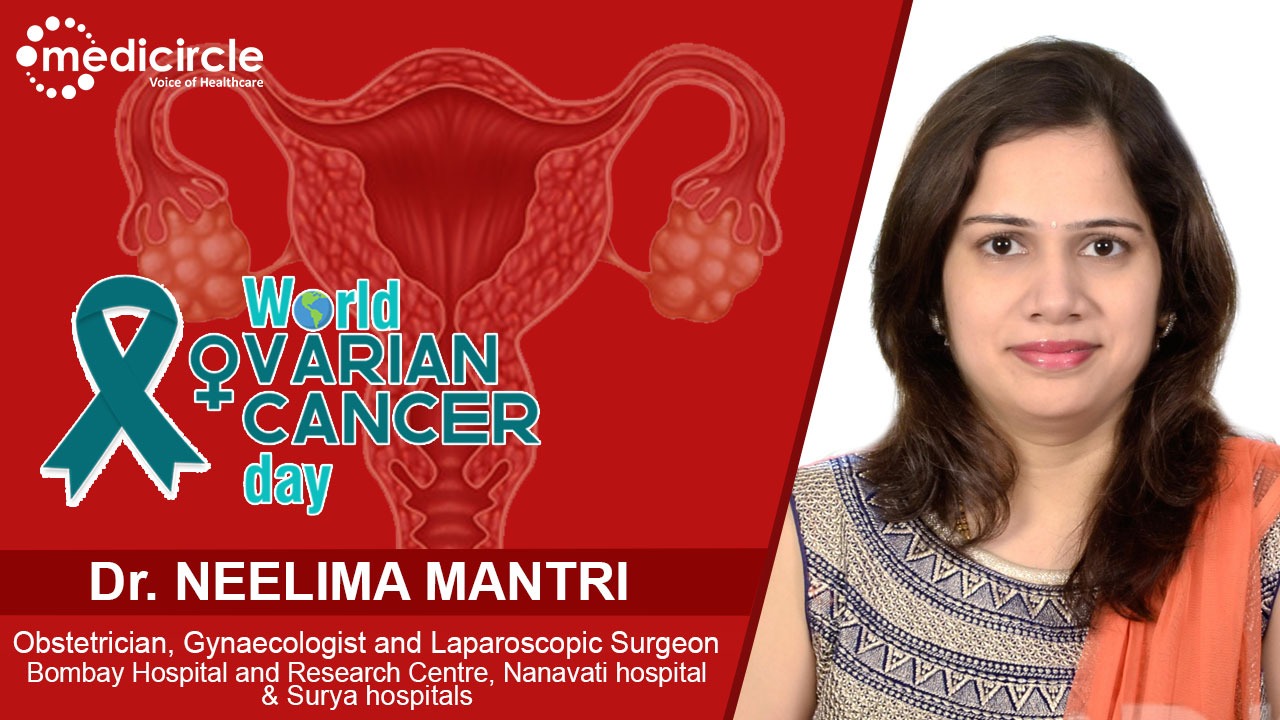 Dr. Neelima Mantri provides valuable nuggets of information on Ovarian Cancer. She provides insights about some genetic factors that put women at risk of it and talks about screening, symptoms, preventive measures and how ovarian tumours of adolescents are different and more curable.

Although ovarian cancer may occur at any age, it is more common in women older than 50 to 60 years of age. India has the world’s second-highest ovarian cancer incidence. Since the 1980s, there has been a growing drift of ovarian cancer in our country. Medicircle is conducting an exclusive series featuring eminent oncologists, gynaecologists, and obstetricians so that women can get more reliable information directly from experts.

Dr. Neelima Mantri is an Obstetrician, Gynaecologist, and Laparoscopic Surgeon practicing in Mumbai. She is well versed with high-risk obstetrics and has dealt with thousands of high-risk cases. She has also handled cases of infertility, hysterectomy, ectopic pregnancy, polycystic ovarian syndrome, tubal ligation, and sterilization. She has been performing minimal access surgeries apart from the conventional gynaecology surgeries. Dr. Neelima has completed her fellowship in minimal access surgery from South Korea. She is associated with Bombay Hospital and Research Centre, Nanavati Hospital & Surya Hospitals.

Salient points that put a woman at high risk

Dr. Neelima mentions, “To some extent, ovarian cancer is a genetic or familial disease. about 10% of ovarian cancer that we see in the Indian population are genetic in origin:

What does screening involve if there is a family history of ovarian or breast cancer?

If a woman has completed her family, the removal of ovaries would be a wiser decision if a woman is found to be at risk after the screening,” says she.

The symptoms are so vague that Indian women easily neglect them

Dr. Neelima says,”Symptoms could be a very dull pain, the fullness of the abdomen which gets blamed on the consumption of some pulses or gas formation by women most of the time and this is how these symptoms get neglected. If there is weight loss or loss of appetite, then these are some important symptoms. So, that is when a woman must visit a gynecologist. When the disease has advanced, the patient will have abdominal fullness like distension. The patient can also have heavy bleeding or bleeding which starts after menopause. When it comes to causes, it could be:

These are the high-risk factors for cancer, though a single causative agent is yet to be found,” informs Dr. Neelima.

Even when ovaries are removed, chances of ovarian cancer cannot be ruled out

Dr.Neelima explains, “It’s less likely but yes, there is still a chance of cancer which would coincide with the above symptoms. There is an entity called primary peritoneal cancer. It is like ovarian cancer and both these types of cancers have the same mechanism. So whatever has caused ovarian cancer can also cause primary peritoneal cancer because we do not remove peritoneum in any ovarian surgery. Hence, there is less likely but still a risk of cancer in the patient where ovaries are removed.”

How can ovarian cancer be prevented?

Dr. Neelima mentions, “Ovarian tumors found in the adolescent age group are different from the ones which are usually seen in the menopausal or later reproductive period. Prognosis and patient treatment options are better if adolescent girls get ovarian cancer, which is as it is less likely when compared to older women.”