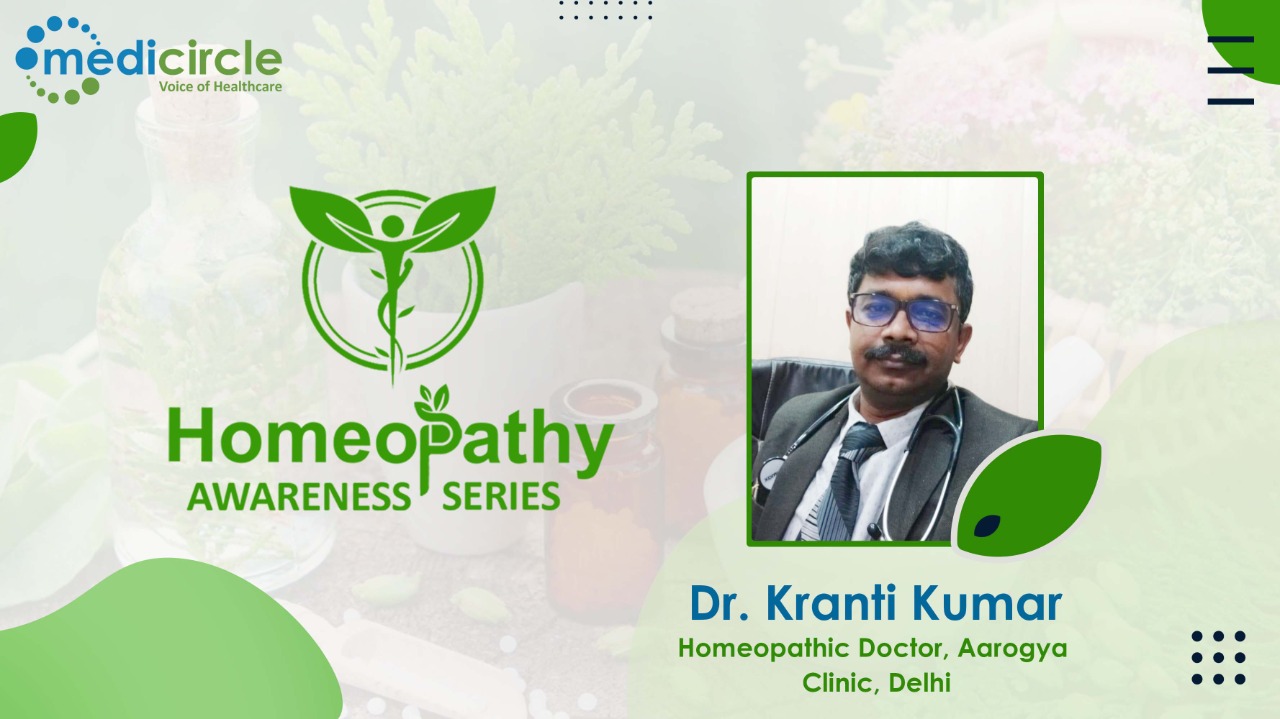 Homeopathy makes the immune system reactive, and induces immunity to fight off diseases. Homeopathy is based on the principal ‘law of similar’ - effective drugs lead healthy individuals to develop symptoms similar to those seen in the illnesses they are used to treat. Homeopathy is the science that deals with curative, relief, and preventive measure

Dr. Kranti Kumar is one of the most esteemed Homoeopathic Doctors in Delhi and holds an experience of 22 years. He has been honored with the HDCHD Recognition Award. He completed his BHMS at Nehru Homeopathic Medical College, Delhi in 2000. He carries out his medicinal practice at Arogya Clinic in Gujranwala Town (Delhi). He is a respected member of the South Delhi Homoeopathic Association (SDHA).

Dr. Kranti explains, “The principles of homeopathy were developed and explained around 300 years ago by German physician Samuel Hahnemann. Hahnemann ingested the cinchona bark to investigate its effects. Hahnemann developed symptoms similar to those seen in malaria such as fever, joint pain, and chills. Then he realized that we can even use plants and animal kingdoms as substances to make medicine. The basic principle of homeopathy is based on the idea that "like cures like" and practitioners believe that a substance that triggers a certain illness can also be used to treat that illness.”

Homeopathy is based on the principal ‘law of similar’ - effective drugs lead healthy individuals to develop symptoms similar to those seen in the illnesses they are used to treat. These medicines don’t have any side effects.”

Homeopathic medicines can be given with conventional medicine

Dr. Kranti concludes, “Selection of remedy is based on Individualization – In this, we look for common symptoms of disease and individual symptoms of patients. For example, if a patient is getting cough only at night after laying down, after considering all the aspects of characteristics or symptoms, and based on drug totality, medicine is selected and is prescribed to the patient in single or multiple doses. Every individual is different. After determining all the aspects of symptoms, a remedy is prescribed to the patients. In homeopathy, we give customized medicine to all our patients.”