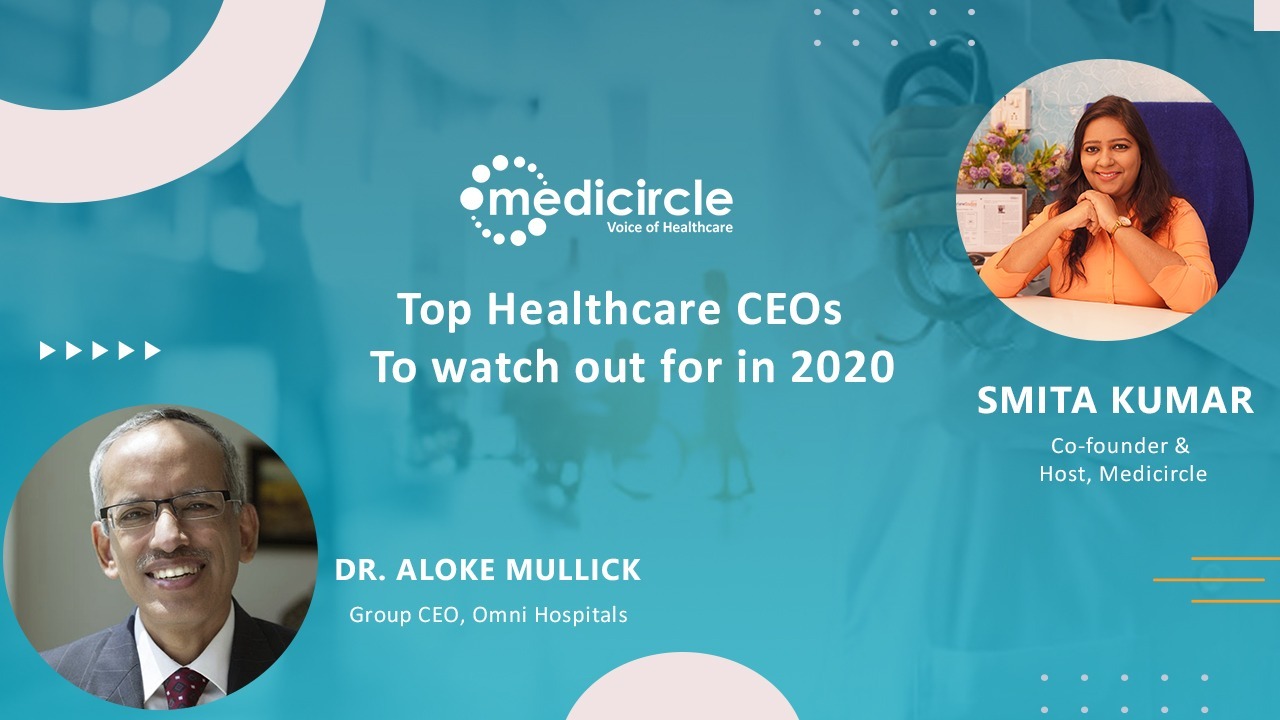 “A patient doesn't remember the fancy hospital, the clean rooms that we embed, the only thing he remembers was how nicely he was treated by everybody in the hospital,” says Dr. Aloke Mullick, Group CEO, Omni Hospitals

A chief executive officer (CEO) is the highest-ranking executive in a company, whose primary responsibilities include making major corporate decisions, managing the overall operations and resources of a company, acting as the main point of communication between the board of directors, the board, corporate operations and being the public face of the company.

Omni Hospital’s vision is to build a healthcare institution that provides the best in class treatment at the most affordable price, with empathy and compassion.

Dr. Aloke sheds light on the subject, “Affordability is a big challenge in healthcare. Inflation in the private sector has been close to 15-20% per year over the last decade, for example, hernia surgery 10 years ago would cost Rs. 25,000/-, today it costs Rs. 1.5 lakhs. There's just everything going through the roof. We used to always feel that India's lowest cost destination of healthcare is exploited everywhere. Accessibility of course is a new buzzword and I truly believe that the hospital which owns the patient's mobile will own the patient's heart ultimately. And I refer to a beautiful book called - The patient will now call you. Today we consume all products and services on a mobile, you want to get a plumber, you do it on a mobile, but if we want to buy health care, you got to go stand in a queue to even register yourself. That has to change and change is happening. Whoever changes fast will win the race definitely. Going totally paperless gives a kind of exposure every possible service, hence the patient doesn't have to keep running to the hospital, just to show an X-ray to the doctor and even consult on the mobile,” he says.

The best compliment I have received

Dr. Aloke shares his thoughts, “The ability to touch a patient's life is massive in healthcare. As a consultant, as a doctor, as a nurse, you touch 100s and 1000s of lives and that makes a big difference. You know, there have been occasions when I was heading units and now I am heading a group where patients have come and told me that you run a great hospital, at the time of discharge, Can you come and have dinner with us? And that's one of the best compliments I have received. Patients probably asked me to come and have dinner and didn't probably ask their own consultant. You can really touch their lives when they want to be touched. It's a unique profession where you are in a position to bring succor to patients when they need it. Of course, money is made but one big thing that people don't realize is, the patient wants to be treated like a human being, not like a commodity. I would say smile more and treat them with compassion. But India is as usual slow at the race. There are multimillion-dollar organizations that train healthcare workers on how to be compassionate. And big studies have been done overseas and in India, two months the following discharge. A patient doesn't remember the fancy hospital, the clean rooms that we embed, the only thing he remembers was how nicely he was treated by everybody in the hospital. How kind were the nurses? How kind was the housekeeping? How approachable was the doctor? All these are the quality of patient touchpoints as the most important thing; all those things are now gaining prominence. And I'm sure all hospitals will start working when you see more smiling faces when you go to a private hospital now, earlier, everybody was grouchy,” he says.

Dr. Aloke explains, “COVID was a positive blip for some and it was a negative blip for some. Those who can't control their costs, those who can't manage the safety of their staff, actually lost their doctors, staff, and patients. Many hospitals didn’t have PPE kits as they were not available in India. You had to pay huge amounts of money for imported PPE kits to make our doctors and staff feel safe. But now the same kit is available and manufactured in India at a very cheap rate and good quality. So, doctors, the caregivers have understood the risk and understood that these risks can be contained by doing ABC. There is a rebound now, which is going to start most probably from January because you can't cancel healthcare, you can delay it. Lots of procedures, lots of surgeries, lots of cardiac procedures which had to be done but patients are not doing it because they're scared of COVID, now they will start. But then at the same time, patients will have reduced payment capacity as most of the healthcare in India is out of pocket and now due to COVID they've lost their jobs or reduced earning, we are looking at ways and means to address that issue with ‘buy now - pay later’ scenario for patients. Those kinds of things are coming up. Because there is a lot of sicknesses which is pending to be treated in the community, telemedicine is getting well established, the laws have come in rapidly, hence telemedicine is going to stay. I think fixed prices are going to stay. This is one thing that health care will have to learn. We have about 150 fixed price packages across all our hospitals. No MBA programs in healthcare teach you what are the cost benchmarks but still, it has been implemented because nobody is worried about costs. But then those have become integral to operations, to start worrying about costs to start trying to reduce costs as the cost has become a big lever now,” he says.

India has a huge population

Dr. Aloke talks on the GDP, “Those are the numbers which are always beating around. India has a huge population. If you start looking at per capita, the numbers are always going to blow. But what happens is how it gets spent. More important is to fix the quality issue of public health care. Why doesn't the doctor want to stay there and work there? Make it worth his while to stay there and work there. Make it worth his while for the nurse to stay there and work there and then put money on that. The government also realizes that the more money you put, it all goes down the drain. Now in government healthcare, they have stuff like biometric attendance, you just come at eight in the morning, swipe, and then go out and do your private practice and come back in the evening and swipe again so those systems can be blamed. I've seen some beautiful public hospitals, where hospitals are clean, they're busy like when I was a surgeon in the Nasik Military hospital, and the Nasik District Hospital had a waiting list of surgery for one year. It was a clean hospital with 4 general surgeons, 2 neurosurgeons, 3 orthopedic surgeons, and all of them busy all of them operating every day. If one player can do it, every place can do it. So first, fix that issue, which is the reason why the doctors are unwilling to come and join. And then there are a lot of management issues, the funding issue and once that is solved, then they should put the fund out the way. Well, they can also add these start insurance funds so that they can be treated in the private sector assets. I think that's a step in the right direction. And then what they can do is every state should set up some kind of a center of management excellence for their district hospitals, and so that other districts can learn from this,” he says.