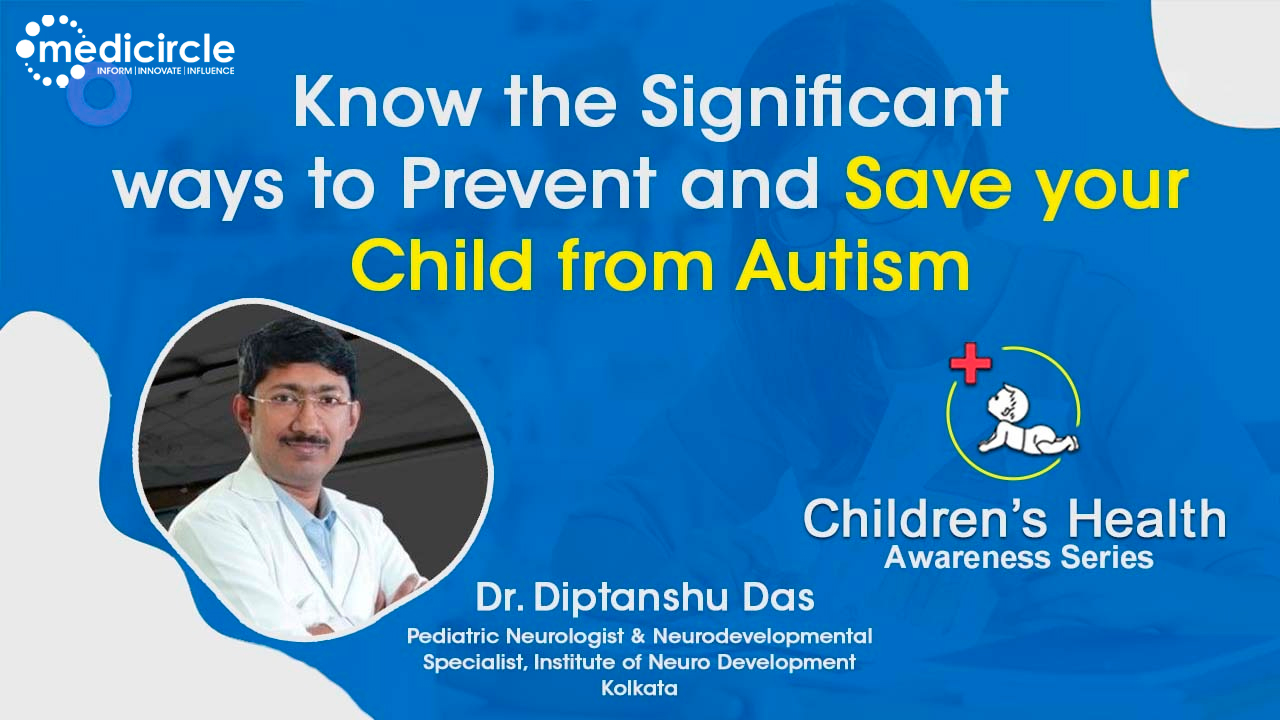 There has been a 78 percent rise in the prevalence of autism in the past 20 years. In India, every 1 in 100 children below the age of 10 has autism. Almost 1 in 8 has at least one neurodevelopmental condition.

Autism is a developmental condition brought on by differences in the brain. Children with autism frequently struggle with confined or repetitive actions, social speaking, and interacting. Moreover, children with autism may learn, move, or pay attention in surprising ways.

First signs of autism in a child

Dr. Diptanshu Das also states, "That a child with autism can show signs and develop regression. Regressive autism is a syndrome when a child initially seems to develop normally but then abruptly starts to lose speech and social abilities."

Other signs and symptoms of autism also consist of Repetitive movements, the child throwing tantrums and not listening, a child could be alone or Isolated, etc.

Affects of autism on the brain

In the case of a child with autism, certain areas of the brain are involved, but more importantly, the neural connections are a bit haywire. The brain forms newer connections between the neurons. These connections are not very relevant.

In a child’s case, physical development occurs in the form of when a child can sit, stand, walk, etc. In Fine motor development, the child can move and is also able to hold things like a pen, comb their hair, button a shirt, etc. Other aspects are emotional, cognitive, and social development.

Outgrow autism lays down a long-term course. It first consists of the functional assessment of a child. In autism, a child can gradually develop in each of the parameters the child is deficient in. It's only a matter of time before the child can outgrow autism. As the early brain has a lot of plasticities, you would lose the initial time and there’s much you cannot achieve. So overall, a child can really outgrow autism, but in practical life, it needs a lot of hard work and guidance, which is not available in many places.

Furthermore, for Sensory issues usually, an individual must do Occupational therapy and Sensory integration. Speech therapy is done in many places, but just working on it won’t help.

Can child with autism be brought back to the mainstream?

Yes, as long as improvement in a child with autism is possible, the child can be brought back to the mainstream. In the case of inclusive education, we have to understand that the system should be robust enough to accommodate these children. But before that, if you try to mainstream the child, it is going to be a disaster.

Do autistic children have an intellectual disability and can’t speak?

Autism can be associated with Intellectual disability but often children with autism are more bright and intelligent. In fact, those children can excel at certain things that other people can’t.

Do autistic children have learning difficulties?