Protect your child from 3 harmful signs and symptoms of constipation 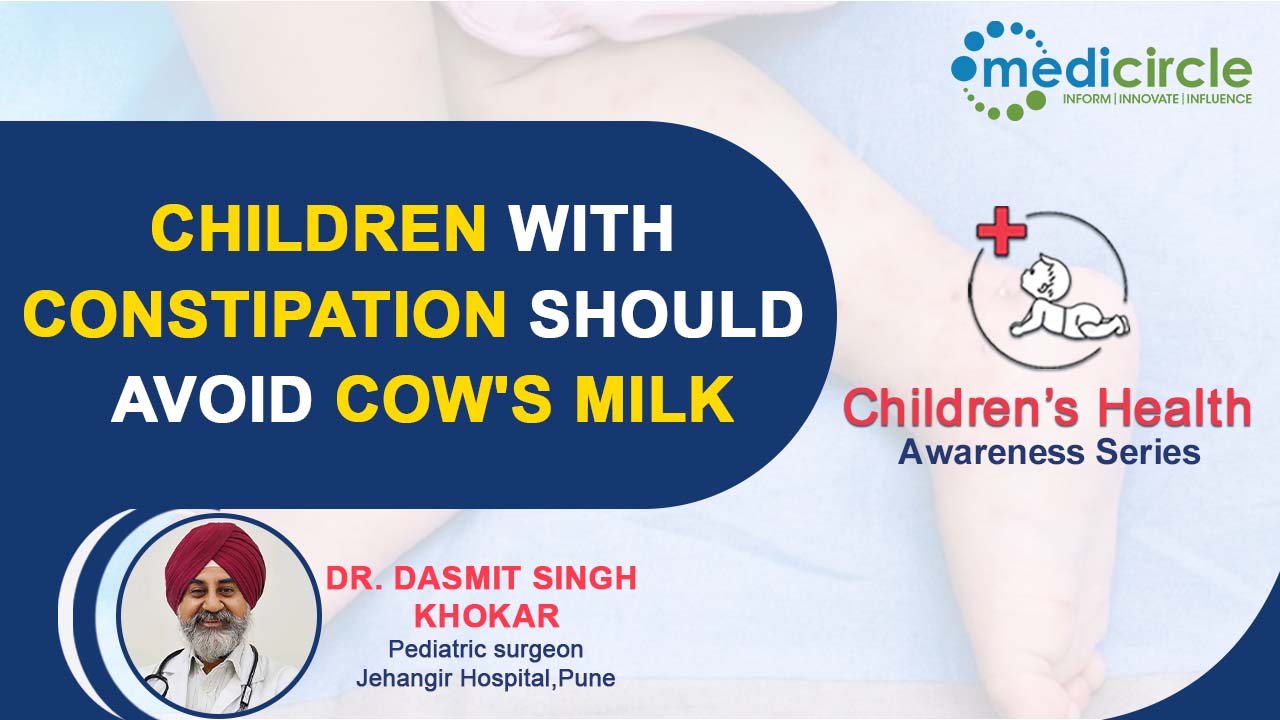 Constipation is common in children of all ages. Almost 1 of every 20 visits to a doctor with the problem of constipation. Dr. Dasmit provides you with an ultimate guide for preventing your child from constipation.

According to the National Center for Biotechnology Information, "Prevalence rates of constipation range from 0.7% to 29.6% of the worldwide general population. Up to 84% of functionally constipated children suffer from fecal incontinence, while more than one-third of children present with behavioral problitalics primary or secondary due to constipation”

Dr. Dasmit Singh Khokar is a pediatric surgeon in Pune and is currently practicing at Jehangir Hospital. For the past 27 years, he has worked as a pediatrician.

Causes of constipation in children

In children, the most common cause of constipation is when the child has not been fed appropriately. The real common cause is when the child is not stool/potty trained properly. There are a host of other conditions where there can be some internal obstruction and abnormalities in the development of the intestines. Also, there are a host of other disorders which are mainly found in congenital malformations. The majority of the patients with issues of constipation are those whose individual brains have not been developed. Or when the reflexes that start from their brain to their intestines are not functioning properly. Hence, children with psychological problems and developmental delays mostly have constipation as a very common cause.

The most common signs or symptoms of constipation in a child include:

How can a parent help their child deal with constipation?

The first thing is to make sure that the child passes stool within 24 hours. The first stool passed by a child after birth is called meconium. Meconium stools are the heavy, sticky, black, or greenish-black stools that newborn infants pass during the first two or three days following birth.

There is a very small possibility that the child passes stool within 48 hours. But if the child doesn’t pass the stools within 24 hours, it might indicate that the child has developed some lesion or the intestine has not been developed. This problem mainly occurs due to mechanical obstruction in the intestines.

Dr. Dasmit Singh Khokar states that “When the child is breastfeeding, most of the stools passed by the baby several times a day are very liquidy and golden or yellowish in color. These are breastmilk stools. We must make sure that by the time the babies are grown, about 10 months to a year of age, they should be eating the same food as the adults are consuming. The only difference would be the size of a bite of food. Moreover, feeding the food in an inconsistent way can also be the ultimate cause of constipation.”

Types of food to feed the child

Dr. Dasmit Singh Khokar also states, “Most of the time, the baby must be provided with a high residue diet. A high residue diet generally means food items like bread, biscuits, or top milk. These food products do not have any roughage in them.”

Roughage means the food which would not get digested by the intestines and produce a bulk, that bulk keeps the stools soft. Hence, the roughage value of the food should be high. Whole grain foods like chapatis, bhakris, and all kinds of green leafy vegetables are the most important components for producing roughage.

Can a child have cow’s milk during constipation?

Cow’s milk has a very low amount of roughage value, hence it should be completely avoided.

Is constipation caused by dehydration?

Dehydration is an acute condition, which is a separate category altogether. It occurs for a short duration of time. For example, if a child gets a fever and the appetite goes down, it impacts the child’s intake and makes the baby constipated. Therefore, if it is acute constipation then it can be treated with oral medications.

Can constipation be triggered by a poor diet?

Yes, constipation can be triggered by a poor diet. So the parents or adults must have good knowledge, which should be guided by the pediatrician.