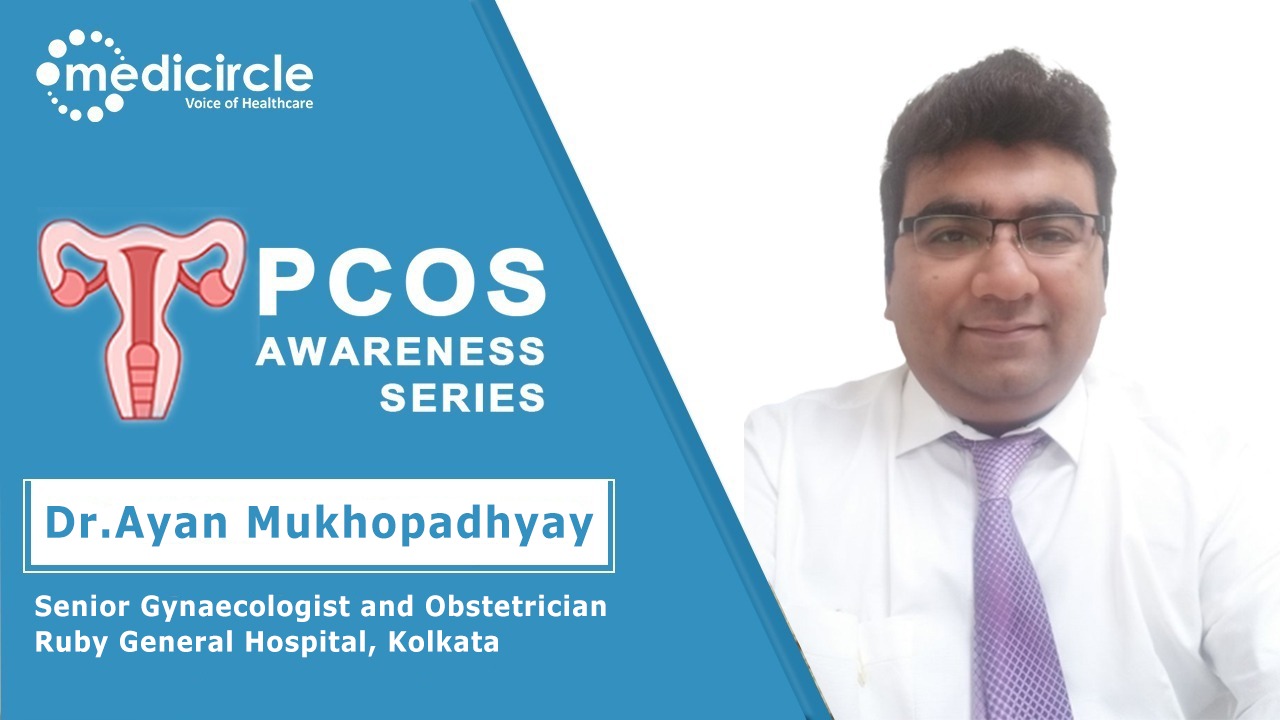 Learn ways in which lifestyle disorder PCOS affects women in the short and long term. Understand the symptoms and steps to take to combat PCOS.

Effect of PCOS on the body

Dr Mukhopadhyay begins, “PCOS to a certain extent is a lifestyle disorder. As it is a systemic disorder it does something to our body. This includes our hormonal profile, and cardiovascular system and affects almost everything a woman does. If she gets diagnosed with PCOS, there will be certain visible symptoms. Irregular menses, excessive hair growth (Hirsutism), absence or scanty flow of menses and/or delayed menses.”

“Along with the hormonal imbalance, the women could also be suffering from an acne breakout, hair loss and unwanted hair growth at unwanted places. With visceral obesity, she could also have a protruding tummy. This might affect the way she sees herself and expresses herself. These are the things PCOS does to us. The most dreadful thing PCOS does to us is cause infertility. This happens if it is left untreated for a long while.”

Dr Mukhopadhyay explains, “If the woman suddenly sees an increase in the weight along with the difficulty of getting rid of it despite exercise and diet.  She could also be suffering from some hormonal disbalance. This might be pushing her towards PCOD. Other symptoms include oily skin, acne breakout and hair loss from the frontal area. Gaining weight quickly and difficulty in losing weight are other signs.”

“Problems in menses in terms of getting delayed or having it only for a short period of time. For instance, earlier it used to come for 3-4 days and now it comes only for a day. The flow could be reduced or it shows other signs of irregularities. If a married woman or someone trying to get a child shows such signs, then they might suffer from conception problems also.”

“There are also long-term health risks attached to this. A person with PCOS is at a higher risk of getting type 2 diabetes, gestational diabetes mellitus or cardiovascular risk factors like cholesterol. There’s also an increased risk of cardiovascular diseases like hypertension, etc. Along with these, it affects the way the woman sees herself or thinks about what others see her as. She could also be made aware by the way her peers and family talk about her acne or tummy.”

“Many women that come to me have googled the long term effects of PCOS like infertility. This can make them depressed. Parents of the PCOS patients have told me that the daughter has read about such things and have cried plenty.”

When does PCOS turn dangerous?

“Lifestyle changes like diet modification, regular exercise, waking up on time and a small amount of weight loss, is all that one needs. Many women get well by these changes. Also, those women who need medicine for treatment should start earlier. The earlier it is done, the better. When you see a problem with your menses then consult your doctor and get a blood test done. When the diagnosis comes start the treatment promptly. If you don’t want to treat it with medicines then start with lifestyle modifications.”

“There is this support group called Variety. You can google this. This is a support group for women worldwide, with Indian women also there. Women who have joined this group after my suggestion have found a lot of help. Especially help regarding the mental issues and getting motivation regarding it.”

Dr Mukhopadhyay mentions, “PCOS in itself will not cause any pain. If you are feeling pain in your lower abdomen or during menses, then consider these things. Either something is wrong with your gynaecological structures like the uterus or ovaries. There may be endometriosis or urinary tract infection. But PCOD itself will cause no pain. Endometriosis, which is the irregular distribution of the inner lining of the womb outside the womb, could be associated with PCOD. We sometimes also discover that the pain women were feeling was due to endometriosis but since it wasn’t diagnosed, many label the cause of the pain to be PCOS.”

Dr Mukhopadhyay lends, “Awareness in the main dogma. Be aware and make your friends aware. Keep in mind that you are not the only one suffering from it. Though this disease doesn't have a proper cure it does have good management. If you start early and are motivated then nothing is a worry for you. Your menses or infertility will no longer be a problem if you are motivated enough to see your doctor.”