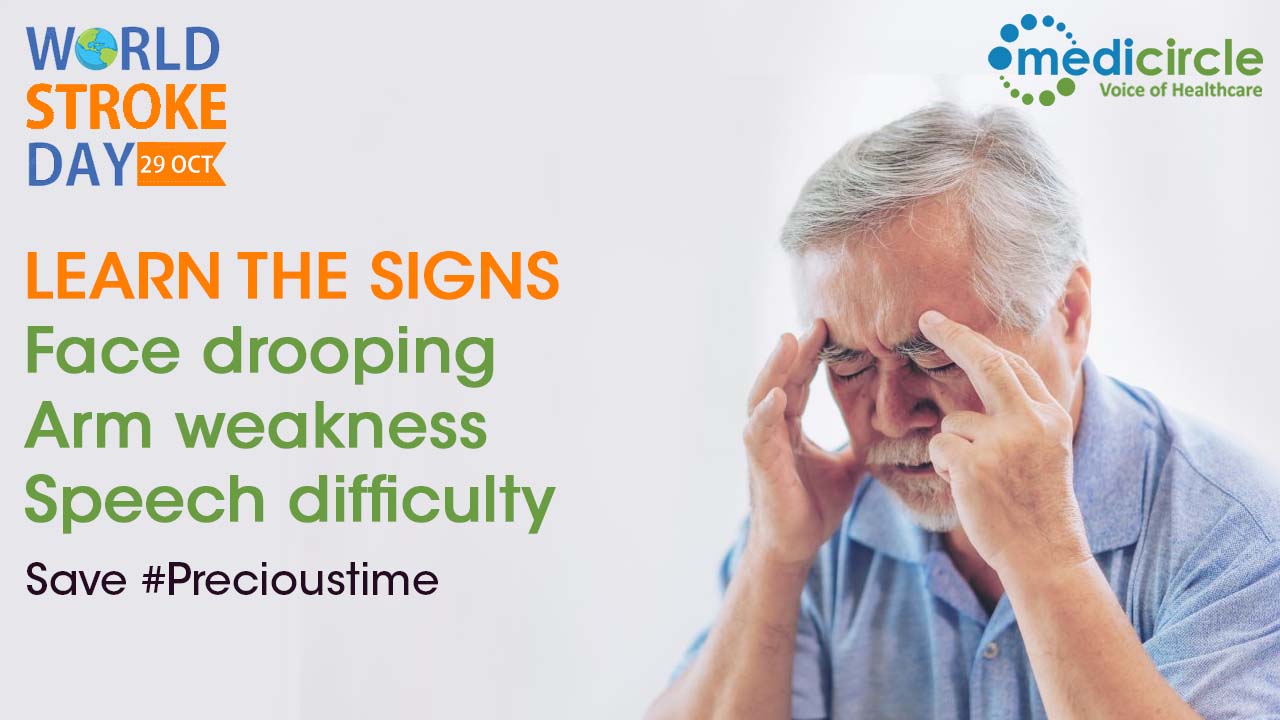 World Stroke Day is observed to create more awareness about stroke. A lifestyle with no activity and no exercise is raising concerns for stroke. Take out your precious time to be healthy, and know that prevention is the only way to keep stroke at bay.

World Stroke Day is celebrated every year on 29 October to increase awareness about stroke.

These days stroke incidents are increasing at a faster pace. These days even healthy-looking people are getting attacked by stroke. By the time people around can understand its magnitude, the health risk for the affected person increases. Experts attribute this to poor lifestyle and lack of information. World Stroke Day is celebrated every year on 29 October to increase awareness about stroke. Let us first know the purpose of this day.

WSO aims to raise public awareness about the serious nature of stroke and its high-risk rate.

The Theme of World Stroke Day 2022

The theme of World Stroke Day is Recognize The Precious Time

The most important thing is time. Many changes take place in a person's body in a moment. As soon as a person has a stroke, their brain tissue and millions of neurons begin to be affected within seconds. Nothing can be more precious than time. Hence, the theme of World Stroke Day 2022 is Precious Time (#PreciousTime). If there are changes taking place in the body of a stroke victim, it should be understood in time and emergency medical attention should be provided to minimize the damage of the stroke/ That is why on 29 October officially World Stroke Day started being observed across the world.

Research on Stroke cases in India

A research report by authors Jayaraj Durai Pandian and Pauline Sudhanbo on stroke epidemiology and stroke care services in India is included in PubMed Central. According to this, developing countries like India are facing a double burden of communicable and non-communicable diseases. Stroke is one of the leading causes of death and disability in India. The estimated prevalence rate of stroke ranges from 84-262/100,000 in rural areas. In urban areas, the rate is 334-424/100,000. Based on recent population-based studies, this rate is 119-145/100,000. Kolkata has the highest death rate of 42% due to stroke.

Why does a Stroke occur?

In India, due to no activity and stagnation lifestyle, and genetic diseases, people are at increased risk of stroke. A stroke is usually caused by a lack of oxygen.

We are unaware of these things, due to which there is a lack of oxygen. People eat spicy and spicy food and lie down and use mobile phones for hours. This leads to an unhealthy lifestyle which increases the chances of stroke.