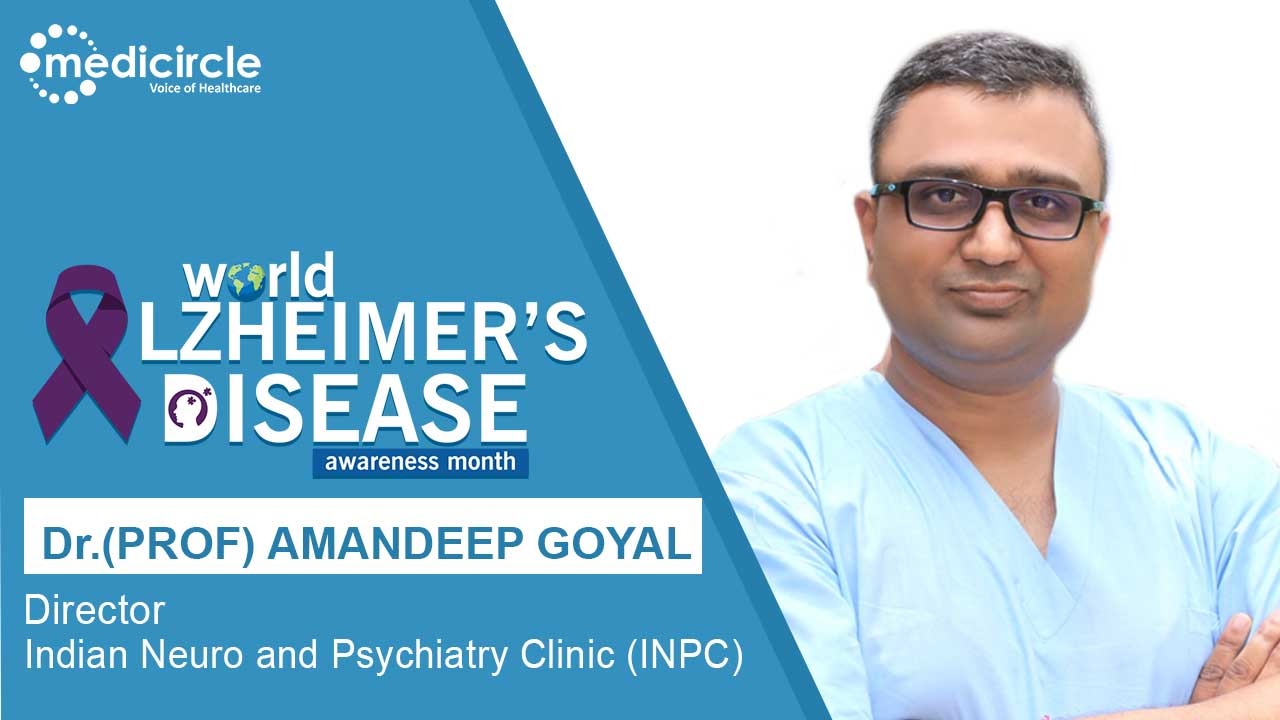 The world celebrates Alzheimer’s Day to raise awareness about dementia. Dementia is a collective term for a cluster of symptoms. There are difficulties with memory, language, and other thinking-related skills. 70% of all dementia cases are Alzheimer’s, making it the most common form of dementia. According to WHO, 47 million people, or 5% of the elderly population suffer from dementia as of 2015. By 2030 the number of affected will rise to 75 million and by 2050 it will be 132 million. GlobalData estimates 16 countries where 6% of all 60 years old and above face dementia. India features in this. At least 4 million Indians suffer some form of dementia.

Dr. Amandeep Goyal is the Director of the Indian Neuro and Psychiatry Clinic. He specializes in treating Neuropsychiatric disorders, addiction disorders, migraines, and headaches. He has got rich clinical experience in clinical psychology and neuropsychiatry for 15 years. He has won many awards like the Young Scientist Award in 2015.

All you need to know about dementia

Dr. Amandeep Goyal informs, “ Dementia is a neurodegenerative disorder in the brain cells which are also called neurons. The quality, intensity and number of neurons reduce and degenerate. This is a progressive disorder which means this disorder increases with time. This progression of disorder impacts the family and person(patient) suffering from it. It affects-

The patient’s entire life and life get affected and disturbed. It is a disease that affects the family and patient both. It's a huge burden on the family of the patient suffering from this disorder.”

Bedridden  Unable to take care of oneself Unable to interact  No desire to live  Unable to do daily activities  Not able to enjoy life with colleagues  No interest  Memory problems  Unable to identify family members Unable to remember daily chores.”

There is no cure for Alzheimer's disease but symptoms can be managed with medicines.

This can help many family members to deal with Alzheimer's disease