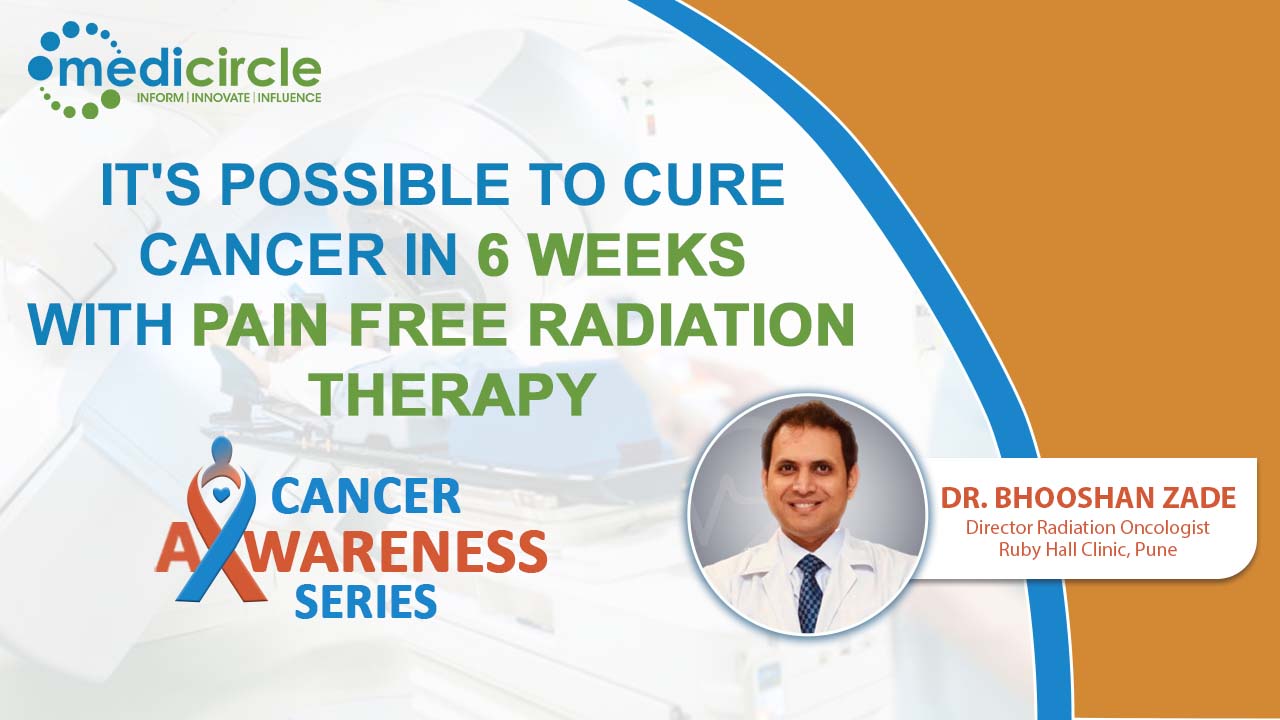 More than 14 million new cases of cancer are diagnosed globally each year. It is estimated that there will be about 8 lakhs new cancers cases in India every year. Radiation therapy is now recognized as an essential element of an effective cancer care program throughout the world.

According to the National Center For Biotechnology Information “Radiation therapy (RT) has the potential to improve the rates of cure of 3.5 million people and provide palliative relief for an additional 3.5 million people. These conservative estimates are based on the fact that approximately 50 percent of all cancer patients can benefit from RT in the management of their disease.”

What is radiation therapy?

Radiation therapy is more than 100 years old. It has advanced a lot making it more accessible, less toxic and more acceptable to a larger population. Any electromagnetic wave carrying energy is known as radiation.

Radiations are of 2 types High energy radiation, also known as ionizing radiation and  Low energy radiation, also known as non-ionizing radiation. In radiation oncology, high-ionizing or high-energy radiation is used along with the help of a linear accelerator machine directed towards the tumour cells for treating the patient. DNA of tumor cells gets damaged and the damaged DNA cannot multiply. In an attempt at multiplication, it dies and this process is called mitotic cell death. Slowly the tumor cells that were affected by the radiation die. At the same time, normal tissue cells get some radiation, but since their tissue cells have a DNA repair mechanism and thus, they escape from radiation.

How do radiation oncologists treat cancer?

Dr. Bhooshan Zade states “For example, head and neck cancer which is a very common cancer in India is divided into 2 categories. The first one is upfront operable in which we see a tongue or buccal mucosa in which the patient first goes to do the surgery first, and based on the report, we take it further in the form of Adjuvant radiation therapy or Adjuvant chemoradiotherapy. The second variety is when surgery upfront is not possible due to the advanced nature of the disease or because of the location of the disease in which the surgery becomes too morbid or too big and it's just not possible. In such a case, we treat it with Direct radiation therapy with Concurrent chemotherapy and this process is called Definitive chemoradiation.”

For example in head and neck cancer, Immobilization is done near the neck area with a thermoplastic mold. Immobilization is done so that the patient doesnt move during the treatment. The planning done on the computer can be perfectly executed if there is no movement from the patient's end. The second step is the Ct simulation in which the doctor acquires a Ct data set of that part so that the patient is virtually inside the computer. The last step is to make a final plan which is to be executed on the patient, and this is called treatment workflow. It typically takes around 2-3 Days for conformal planning. Once the plan is done the patient comes for radiation daily.  Patient has to come for 5 days a week for 6 to 7 weeks. Generally, every treatment session take a time span of 5 minutes on the machine. It is an OPD treatment.

Dr. Bhooshan Zade states "90%- 95% of the patients don't need admission. The doctor usually suggests the patient about Skincare, Nutrition, and Hydration. Sometimes, due to some other issues like blood pressure or diabetes, the patient may need an admission but it happens in less than 5% of the cases."

Is radiation therapy the same as chemotherapy?

For which type of cancer is radiation therapy most effective?

80-90% of solid tumor cases at some point of time in their cancer journey need radiation therapy. Head and neck cancer, breast cancer, cervical cancer, esophageal cancer require earlier treatment. There are certain cancers which are like more of a chemotherapy first or surgery first following with radiation therpy coming as a adjuvant treatment.\

Yes, but it depends upon the stage of cancer.

Does radiation affect fertility in women?

If radiation is directed to the organ of fertility because of cancer in that location, yes it can affect. But if the organs are away from radiation areas, then radiation will not affect fertility.

If a brain tumor is treated with radiation, hairfall will be present as radiation will enter through the scalp. But if other areas are getting treated other than the brain, then hairfall will not be problem.

Radiation therapy is absolutely not painful. Radiation can be compared with a X-rays tlike a Ct scan/Ct chest. Although side effects will come in a timely manner. Impact of radiation is absolutely painless. The patient wont feel any pain in the body.