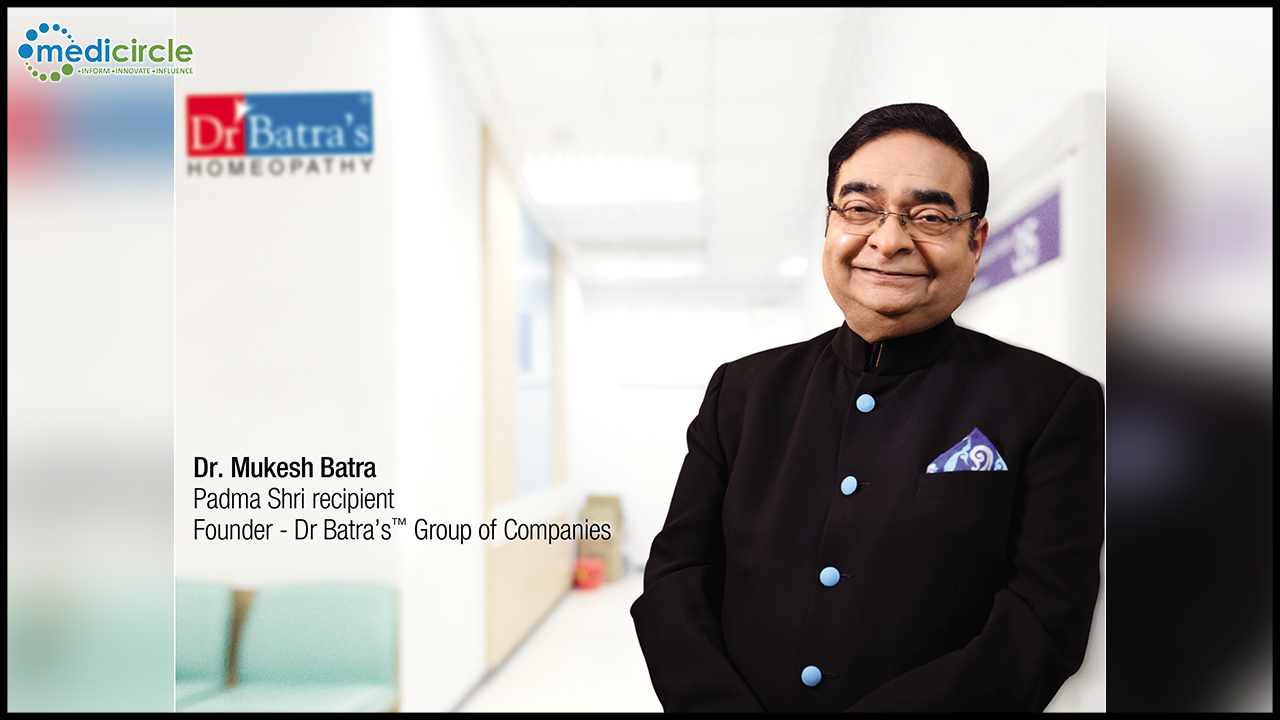 Commenting on the initiative, Dr. Mukesh Batra, Padma Shri recipient & Founder, Dr Batra's Group of Companies said, "Women, the backbone of our society, take great pains to ensure the welfare of their families, sometimes at the risk of their own health and wellbeing. This International Women's Day, don't let the backbone of our society continue to ignore their illnesses. Be it Thyroid problems, PCOS, Menopause, Infertility and Migraine; homeopathy has a safe, natural and cost-effective solution for each."

Nearly one-third of India suffers from a thyroid disorder. Women are eight times more likely to develop a thyroid disorder than men. The thyroid hormone is responsible for coordinating energy, growth and metabolism in one's body. In women, it plays an important role in the reproductive system, particularly if the thyroid is overactive or underactive. This imbalance in hormonal levels can cause abnormal menses, affects the ovulation process, create complications in pregnancy and can also lead to an early onset of menopause:while one in 10 women of childbearing age are affected by PCOS and at least half of them go undiagnosed.

PCOS is a hormonal disorder, common among women of reproductive age. If a woman is diagnosed with PCOS, her sister has a 40% chance of having it as well. Stress may be both a symptom and a possible cause of PCOS. If PCOS is left untreated, it can cause infertility, obstructive sleep apnea, diabetes, high cholesterol, high blood pressure, heart disease and a thickening of the lining of the uterus, which can eventually lead to cancer if one doesn't get their periods regularly.

According to Better India, there are currently 65 million Indian women over the age of 45. While the average age of menopause in India is around 46 years, it often strikes women much earlier - even as young as 30-35 years. In 2025, it is believed that the number of women going through menopause will be around 73 million.

Women going through menopause often experience symptoms like a change in type of skin and hair. Due to low estrogen levels during menopause, the desire for sex often decreases. Urinary tract infections are another common symptom of menopause. Other symptoms include insomnia, vaginal dryness, hot flushes and changes in menstrual cycle.