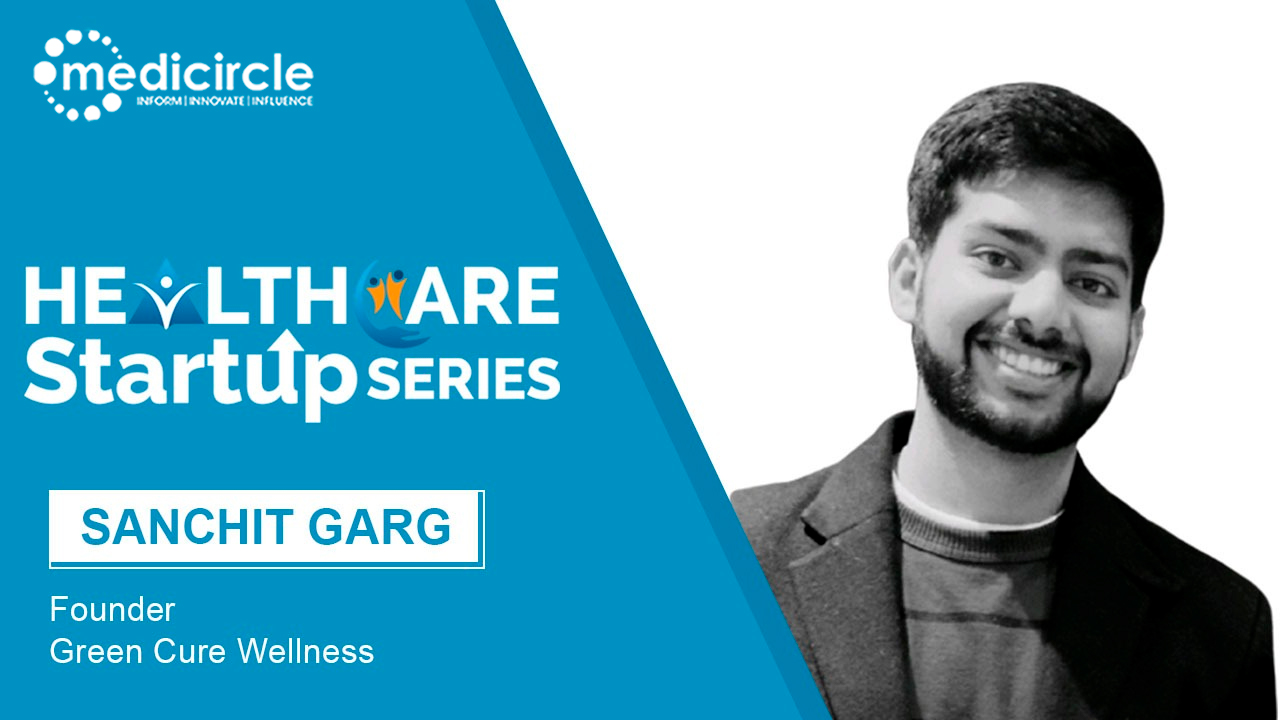 Ayurveda has been an integral part of Indian healthcare, particularly in rural areas where medical infrastructure and doctor to patient ratio is abysmal. In 2019, WHO reported that nearly 90% of its member states (179 countries) rely on traditional medicines. Ayurveda, Ayur (life), and Veda (knowledge), were the way of life in ancient India. But today, Ayurveda is a booming market. The global market of Ayurveda is worth $20 billion and is expected to reach $5 trillion by 2050.

According to the Ayush ministry, the market size of the ayurvedic industry has grown by 17% annually in the past few years and it is being projected that its turnover will touch $23.3 billion by the end of the current financial year. India exports ayurvedic medicines worth Rs 22,000 crore every year. This industry has several large players, yet it is the micro, small and medium enterprises (MSMEs) that have captured 80% of the market.

Sanchit Garg is the founder of Green Cure Wellness which combines the precision of German scientists with the wisdom of Ayurveda. He was previously associated with the Boston Consulting Group. Green Cure Wellness offers a range of herbal products from skincare to cures for vision and bronchitis.

Sanchit Garg informs, “Green Cure Wellness started about five years ago. So my father has been asthmatic since the age of 10. So he always carried an asthma inhaler. And, on his trip to Germany, he forgot to carry his inhaler and he got an asthmatic attack. He found this wonderful syrup in Germany, which could help him with his asthma. He spoke to the pharmacist about the contents of the syrup, so, the pharmacist told him that it was a completely herbal formulation. In fact, we liked it so much that we used to import that in cartons from Germany to India, especially for my father. So, that is where we started researching why Germany could create these medicines and not India.

What we realized is that both our Ayurveda and german medicines are plant-based formulations and they have different synergies to it.

On the German side, we focus a lot on the active extraction, whereas on the Ayurveda side, the focus is on the individual hubs. So, that is where we got this idea, wherein, we could create a collaboration of certain German herbal scientists and Indian experts to create the best of both worlds. Through green cure, that is exactly what we did. In fact, other formulations that we create in-house, are completely unique.

We have already received three patent formulations as well in the last 10 months. If I talk about the product offerings, we are in the hybrid health space, largely  products for both curative as well as lifestyle problems, right from the liver to eyes, bronchitis to general pain management.”

Sanchit Garg states, “We are not just a company. We are an Ayurveda ++ company wherein we have these collaborations with German scientists to create slightly different products as compared to conventional ayurvedic products. So that has been a unique proposition for us. But besides that, the focus is to reach millennials, which is people like you and me, slightly younger people who would be prime and would be okay buying products online. So there is a slight difference in the go-to-market strategy as compared to the established clients like Patanjali, or Dabur, or other established ayurvedic companies.”

Sanchit Garg says, “I think we have touched almost one lakh lines of customers, as per our last calculation.”

He further says, “ The core focus has been creating many, many more product catalogs. Of course, we're looking at new geographies like the US as well. In fact, we are one of the 16 startups that participated in the Amazon Propel Program, which is where the Amazon team helps us go globally.  About 1000 startups applied, and we were among the 16 selected ones. There is a focus on these two things as well as creating in house teams and marketing production strategy for us to create 100 crores brand in the next two to three years”

Sanchit Garg states, “ We want to look into the patent counts. We would want to increase our product basket by three times. And hopefully, the revenue should also increase by 10 times as compared to the last one actually.”

Sanchit Garg says, “I would classify myself also as a budding entrepreneur. My advice would be to young people that entrepreneurship is sort of far too much celebrated today for the positives. But it is indeed a very, very tough journey, a very lonely journey, a very disappointing journey at times. So one needs to be very, very sure that this is a path that a person is going to take because it is going to be a really hard one.