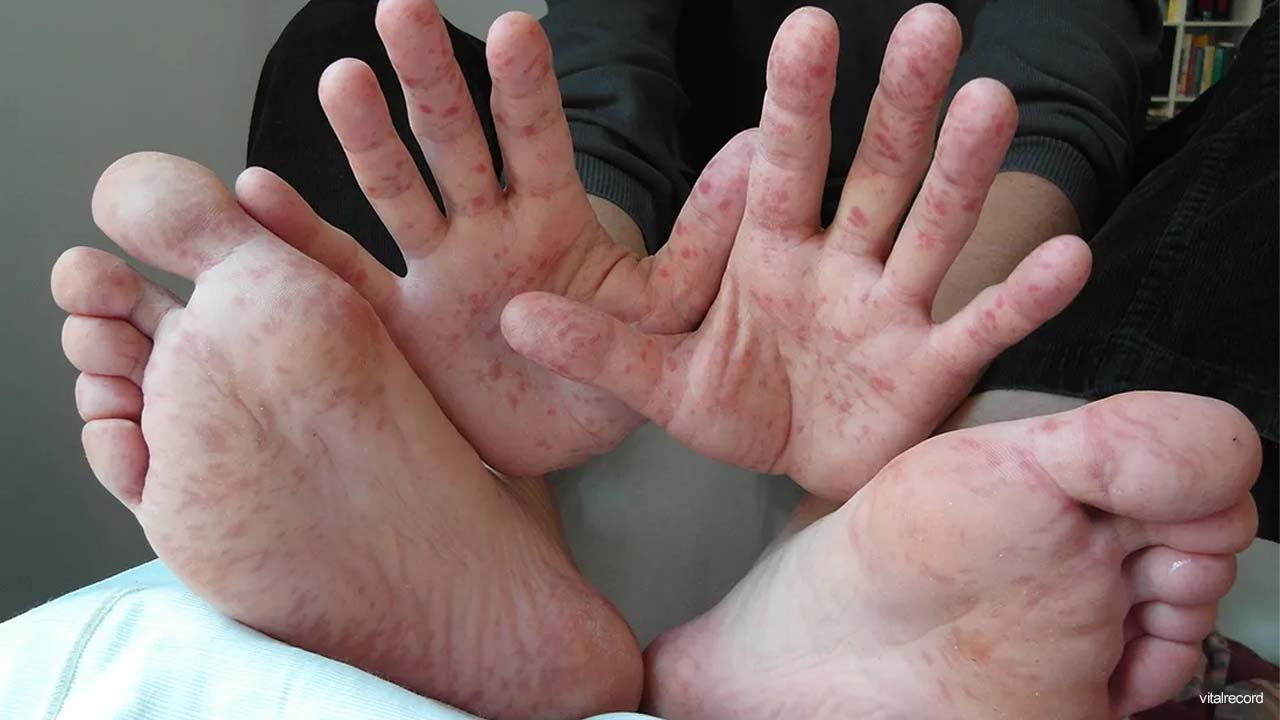 Cases of Hand Foot and Mouth Disease are on the rise. It is a mild, contagious viral infection that is generally self-limiting. More common in children younger than 5 years old but can happen to children older than this even to adolescents.

There has been a notable spike in the cases of Hand Foot and Mouth Disease this year. Although it was known to affect kids below five years of age, this year a higher number of older children are seen affected by this.

It is a mild, contagious viral infection that is generally self-limiting. It is more common in children younger than 5 years old but can happen to children older than this even to adolescents. It is caused by coxsackievirus which belongs to a group of viruses called a non-polio enterovirus. The disease is not serious but is highly contagious, and spreads very quickly from one to another. As small children at schools are not that big to take care of precautionary and preventive measures, the disease generally transmits via children at schools and daycare centers.

It spread through person-to-person contact. Infected person’s nose secretion, throat discharge, saliva, fluid from blisters, stool, or respiratory droplets that are sprayed into the air are the common route of transmission.

Why is there a notable spike in Hand Foot and Mouth Disease cases?

Experts feel that higher cases of Hand Foot and Mouth Disease this year can be attributed to the full-fledged re-opening of schools or maybe a different infectious strain. For the last two years, schools were running online, children were not coming into physical contact, thus the disease had less scope to spread among the larger population.

Secondly, still many parents are not aware of this infectious disease and they are sending their kids to school even if they show symptoms. Being highly contagious, the disease spread rampantly. There is a lack of awareness among parents related to the disease. It’s the need of the hour, being ideal citizens we all need to spread awareness about the disease so as to curb the disease.

The symptoms of Hand, Foot, and Mouth Disease usually start to appear 3 to 7 days after a person is infected and typically last for 7 to 10 days. Blisters inside the mouth are often the most troublesome symptom because they can make eating and drinking quite painful.

A majority of children recover at home and rarely require hospitalization. As it is a self-limited illness, the symptoms last up to 7-10 days and fade away.

When to visit the doctor or hospital?

Some children may develop complications due to dehydration because of poor oral intake. Hence it is of utmost importance to maintain the hydration level.

Hand Foot and Mouth disease can be easily treated with some medicines, proper rest, and maintaining hydration level.