Is using honey instead of jaggery more beneficial? Know whose sweetness is more healthy in diabetes 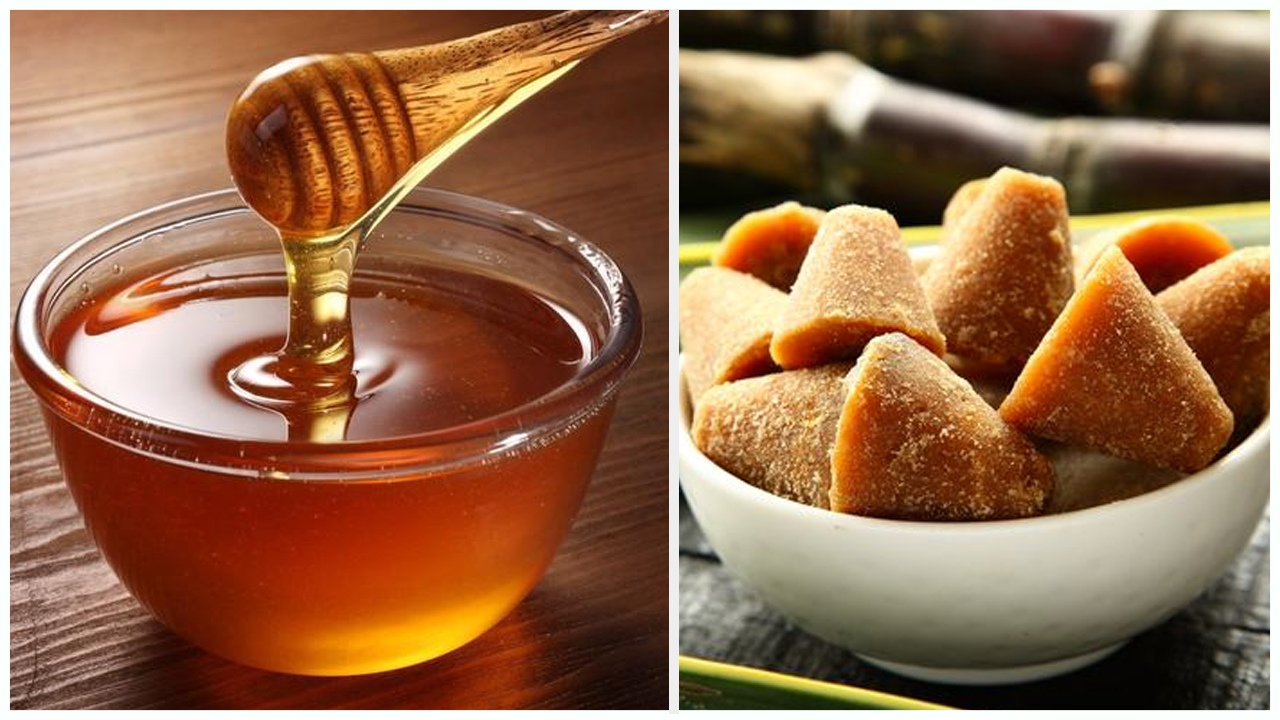 Patients with diabetes often use honey or jaggery as a substitute for sugar. Let us know which of the two is the better option.

Diabetes patients are often worried about sweets. They definitely think about blood sugar before eating anything. In such a situation, diabetics are using other options instead of sugar, such as sugar-free, jaggery, and honey. At the same time, some people are putting more emphasis on the use of jaggery and honey because both of them are natural as compared to sugar-free. But do you think that jaggery or honey is more beneficial for diabetic patients? Anything that increases insulin in diabetes is bad, including jaggery. But does honey give a lesser boost to insulin than it does? Let us know about it in detail.

Which is better: Honey or Jaggery in diabetes?

Jaggery is used in many traditional Indian desserts and diabetics insist on consuming more jaggery than white sugar. Jaggery is a rich source of potassium, magnesium, and vitamins B1, B6, and C plus. At the same time, it is also a good source of fiber, which removes toxins and helps clean your digestive system. Ayurvedic beliefs suggest that people start their day with a cup of warm water and jaggery, to help maintain a healthy digestive system and control their blood sugar by detoxifying toxins from the body. Jaggery also contains several phenolic compounds that fight oxidative stress and boost immunity.

Why is jaggery not an ideal substitute for diabetes?

How does honey affect blood sugar?

Honey is a natural sugar and carbohydrate, but it is beneficial for diabetic patients. A 2004 study found that the effect of honey on blood sugar levels was more beneficial than white sugar. Researchers found that in a group of people with diabetes, there was an initial rise in blood sugar 30 minutes after consuming honey. However, the participant's blood sugar level decreased afterward and remained at a low for two hours. This leads researchers to believe that honey, unlike sugar, may cause an increase in insulin, which may also regulate blood sugar.

Both honey and jaggery will raise blood sugar levels, but it is better to switch to honey as they contain micronutrients. Jaggery is rich in magnesium, copper, and iron while honey is rich in vitamin B, vitamin C, and potassium, which is more beneficial than jaggery.