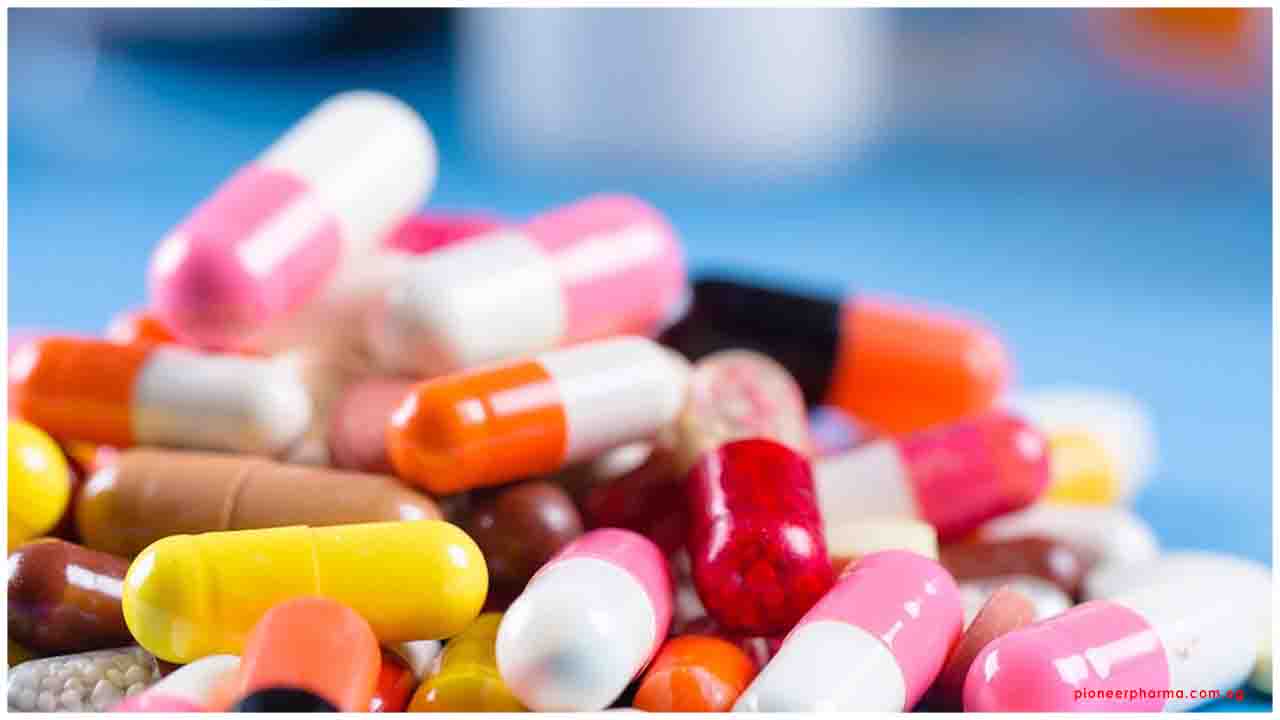 In this article we would explore the top ten mid-cap stocks of India.Mid cap stocks by definition are stocks with a market capitalization of more than Rs 5000 crores but less than Rs 20,000 crores. Generally, these stocks are volatile and market-linked but offer more returns due to their scalability options. Today we present you the top stocks which are experiencing regular growth and stability over a period.

Laurus Labs is an Indian pharmaceutical company headquartered in Hyderabad. Its focus areas include active pharma ingredients, finished dosage forms, synthesis, and biotechnology. Laurus Labs manufacturing units have received multiple approvals from USFDA, WHO, NIP Hungary, KFDA, MHRA, TGA, and PMDA. The company operates through its subsidiaries in Europe and the United States and also offers its services in contract research, clinical research, and analytical research through its R&D centers. Laurus Labs claims to be the "world's largest third-party API supplier for antiretrovirals". The company also makes Dolutegravir/lamivudine/tenofovir, a medication for HIV/AIDS, and hydroxychloroquine tablets, which are used to treat certain types of malaria. In March 2020, Laurus Labs received US Food and Drug Administration approval to market hydroxychloroquine tablets. The company announced that it would supply hydroxychloroquine for clinical trials of preventive treatment of COVID-19. Founder and CEO - Satyanarayana Chava

Sanofi India Limited is one of the entities through which Sanofi operates in India. It was incorporated in May 1956 under the name Hoechst Fedco Pharma Private Limited. Over the years, its name was changed to Hoechst Pharmaceuticals Private Limited, Hoechst India Limited, Hoechst Marion Roussel Limited, and Aventis Pharma Limited. Today, it employs more than 3,000 employees across India. Sanofi, one of the world's leading healthcare companies, and its 100% subsidiary - Hoechst GmbH, are the major shareholders of Sanofi India Limited and together hold 60.4% of its paid-up share capital. The shares of Sanofi India Limited are quoted on the Bombay Stock Exchange (Security Code: 500674) and the National Stock Exchange (Security Code: Sanofi). Sanofi India Limited also manufactures its products through third-party manufacturers. The different types of dosage forms include tablets, capsules (hard and soft), Eye/Ear drops, ampoules, vials, creams, and ointments. These products are manufactured in accordance with the same quality standards as those prevalent at their own manufacturing sites for domestic consumption and for export to Russia, Ukraine, and other CIS countries. CEO- Rajaram Narayanan.

Started in 1981 Natco Pharma is an Indian pharmaceutical company based in Hyderabad, which makes finished dosage formulations and active pharmaceutical ingredients. It is the market leader in branded oncology medicines in India, and among the country's top three producers of hepatitis C drugs.In 2003, Natco Pharma launched Veenat, a generic version of Novartis AG's anti-cancer drug Glivec. It won the subsequent patent protection legal battle against Novartis in 2013. In 2012, Natco Pharma obtained compulsory license to produce a cheaper and generic version of Bayer's anti-cancer medication Nexavar. In 2017, Natco Pharma launched a generic version of blood cancer drug Pomalidomide at a 98% discount to the drug's selling price in the United States.In the United States, it launched influenza medication Tamiflu with marketing partner Alvogen, multiple sclerosis treatment drug glatiramer acetate in partnership with Mylan, and hepatitis C drugs under a licensing agreement with Gilead Sciences. CEO - Rajeev Nannapaneni

Ajanta Pharma has over 1,400 products registered currently in various countries and an equal number of products are under approval. In India, the company is a branded generic company focused on a few high growth specialty therapies in ophthalmology, dermatology, cardiology, and pain management.Ajanta Pharma exports products to over 30 countries in Asia and Africa. In these markets, the company serves a wide range of therapeutic products in the areas of antimalarial, cardiovascular, gastrointestinal, antibiotic, dermatology, antihistamine, multivitamin, gynecology, and pain management.Ajanta Pharma has recently stepped up its presence in the United States with a select product portfolio, which includes niche and complex technology products. Currently, the company has 27 products in the US market. The company is headed by Mr Yogesh Agrawal, Managing Director.

Glenmark Pharmaceuticals Limited is a pharmaceutical company headquartered in Mumbai, India that was founded in 1977 by Gracias Saldanha as a generic drug and active pharmaceutical ingredient manufacturer; he named the company after his two sons. The company initially sold its products in India, Russia, and Africa. The company went public in India in 1999, and used some of the proceeds to build its first research facility. Saldanha's son Glenn took over as CEO in 2001, having returned to India after working at PricewaterhouseCoopers. By 2008 Glenmark was the fifth-biggest pharmaceutical company in India.Glenn Saldanha took the company down the path of seeking innovation. The company focused on new drugs and biosimilars in the fields of cancer, dermatology and respiratory diseases, which it sought to monetize by partnering with major pharmaceutical companies. CEO - Glen Mario Saldanha.

Rated as one of the finest in South East Asia, AstraZeneca’s Indian manufacturing facility has a sophisticated production facility designed to meet the most stringent international standards, conforming to WHO cGMP (current Good Manufacturing Practices) norms. The facility is an ISO 14001 certified company and has a full-fledged environment management system in place.AstraZeneca India Private Limited (AZIPL) hosts the IT (Global Technology Centre), Global Business Services (Global Commercial Operations) and GMD (Global Medicines Development). AZIPL is governed by a Board of Directors.AstraZeneca India was established in 1979 and is headquartered at Bengaluru, Karnataka. AstraZeneca Pharma India Limited (AZPIL) is the operating company and covers manufacturing, sales and marketing activities of the company in India. It is a listed company and is a subsidiary of AstraZeneca Plc, UK. It has a workforce of over 1400 employees across the country that is committed to deliver life-changing medicines to patients through innovative science and global excellence in development and commercialization. The company has an innovative portfolio in crucial areas of healthcare including cardiovascular, renal & metabolic diseases, oncology and respiratory. CEO-Gagandeep Singh Bedi

Granules India Limited is an Indian pharmaceutical manufacturing company based in Hyderabad, India. Granules manufactures several off-patent drugs, including Paracetamol, Ibuprofen, Metformin and Guaifenesin, on a large scale for customers in the regulated and rest of the world markets. Granules India Limited entered CRAMS segment, which focuses on contract research and manufacturing.Granules India was formed in 1984 as Triton Laboratories. Triton produced Paracetamol API at its Bonthapally factory on the outskirts of Hyderabad. Triton scientists found a more efficient way to produce the Paracetamol API, which led to lower capital and raw material requirements.[citation needed] In 1987, Triton became the only Indian company aside from Dr. Reddy’s Laboratories to export pharmaceutical products to the U.S.Though Triton was growing as an API manufacturer, management decided it could create a value added version of its product.[citation needed] In order to distinguish itself from competitors, Triton management pioneered the concept of manufacturing and selling in bulk granulated Paracetamol, also known as direct compressible grade material (DC), or "PFI". In 1990, it opened its second manufacturing facility at Jeedimetla to produce multiple APIs.In 1991,[4] management set up a new entity, which was incorporated as Granules India Limited. Soon after Granules applied the PFI concept to other APIs, set up a PFI facility at Jeedimetla and began exporting the material to various markets including the U.S., Germany and Australia. CEO and MD - Krishna Prasad Chigurupati

Strides Pharma Science Limited, incorporated in 1990, is a pharmaceutical company headquartered in Bangalore, India. The company is listed on the Bombay Stock Exchange and National Stock Exchange of India Limited. Strides is engaged in the development, manufacture, and marketing of pharmaceutical products for regulated and emerging markets. It has seven manufacturing facilities including four US Food and Drug Administration approved facilities. Strides also has in-house R&D infrastructure in Bengaluru, India.Strides was founded in 1990 by Arun Kumar as “Strides Pharmaceuticals Private Limited”. Over the years, it has grown through numerous strategic moves to attain its position of today.Strides is an approved supplier to institutionally funded aid projects and Global Procurement Agencies like USAID, Global Fund, PEPFAR (The US President's Emergency Plan for AIDS Relief), UNICEF, WHO, Pan American Health Organization (PAHO), United Nations Development Program (UNDP), Population Services International (PSI), Chemeonics, PFSCM, amongst others. Its products are supplied to disease-prone regions in Africa, Asia and Latin America with distribution to several areas. CEO-Dr. R Ananthanarayanan.

Keep reading this space as we bring you the hottest pharma small cap companies tommorrow.