Indian cook on Japanese Quarantined Ship says, “Please Save Us” 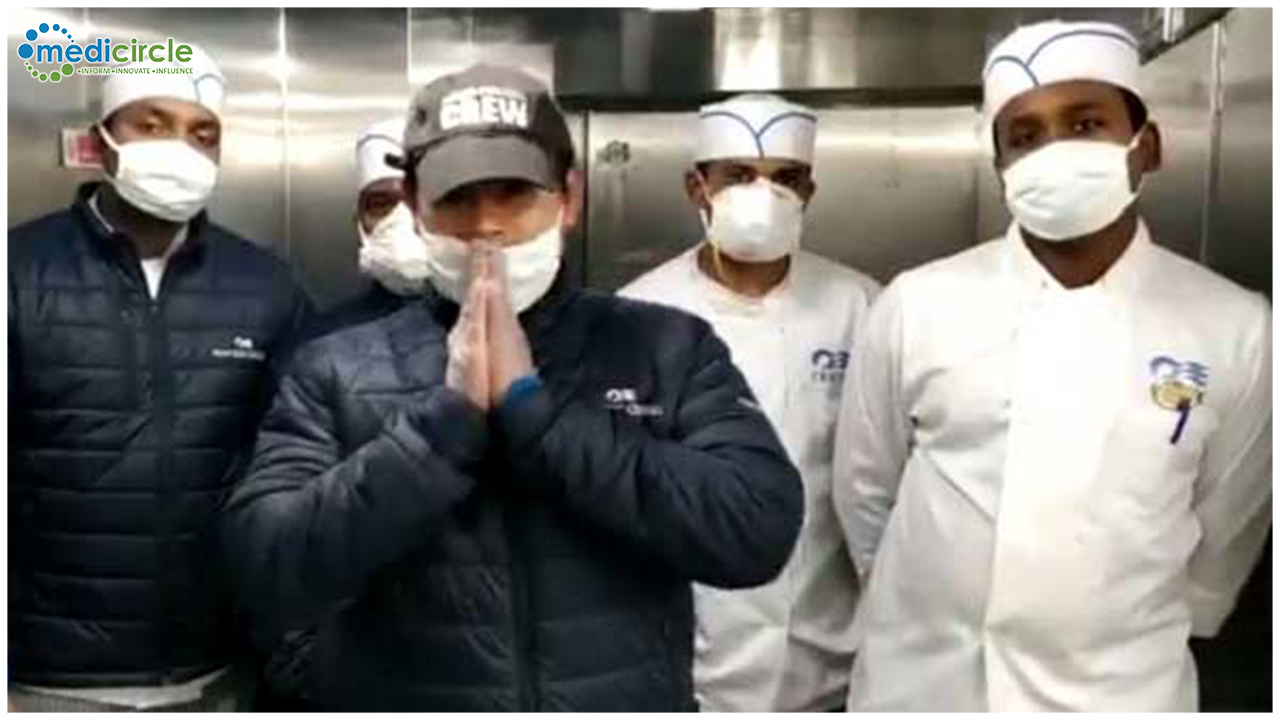 ▴ Indian cook on Japanese Quarantined Ship says, “Please Save Us”

Indian cook on Japanese Quarantined Ship appealed to the Indian government and therefore, the UN to segregate the Indians on board urgently.

In a very heart-wrenching video, two Indian crewmembers onboard cruise liner Diamond Princess that has been quarantined off the Japanese coast have tested positive for the fatal coronavirus, the Indian mission in Japan revealed on Wednesday. 138 Indians, passengers and crew together, are on board the ship.

The Japan health ministry further divulged that 39 more people had tested positive for the virus on the Diamond Princess, including a quarantine officer, soaring the count to 175, Reuters reported. In a separate report by Kyodo press agency, gives out that of the 39 new cases, 29 were passengers and rest 10 were crew.

"Due to the suspicion of novel coronavirus (nCoV) infection, the ship has been quarantined by the Japanese authorities till February 19, 2020," the Indian embassy said during a press release. All those infected are taken to hospitals for treatment, including further quarantine, in accordance with the Japanese health protocol, it said.

In a video recorded from the ship and posted on Facebook on Monday, an Indian crewman, Binay Kumar Sarkar, appealed to the Indian government and therefore the UN to segregate the Indians on board urgently. He was flanked by five Indians colleagues who were wearing masks.

"Please somehow save us as soon as possible. what is the purpose if something happens (to us)...I want to request the Govt. of India and Prime Minister (Narendra) Modi-ji, please segregate us and convey us back home safely," he said.

This was in a separate video, Sarkar had posted from the ship. In the first, posted on February 6, he repeatedly appealed to Prime Minister Modi, to assist the Indians stranded on board, giving reference to the Air India flight that, on February 1, flew out 324 Indians from Wuhan city, the epicentre of the virus. He began the video by saying, “For the primary time in my life I would like to mention something because if I don’t, I don’t know whether I et al. are going to be alive tomorrow.”

“Why are they not segregating us? Are we not a part of the ship?” Sarkar told the Washington Post, adding, “If passengers are isolated, why haven’t we yet?”

About 3,700 people are on board the ship, which normally features a crew of 1,100 andapassengercapacityof2,670. Health Minister Katsunobu Kato said in parliament that he wanted to expand testing to all or any or any passengers and crew on board, which authorities could muster resources to try to quite 1,000 tests each day, consistent with national broadcaster NHK.

The British-flagged Diamond Princess is managed by Princess Cruise Lines, one among the world's largest cruise lines and a unit of Carnival Corp.