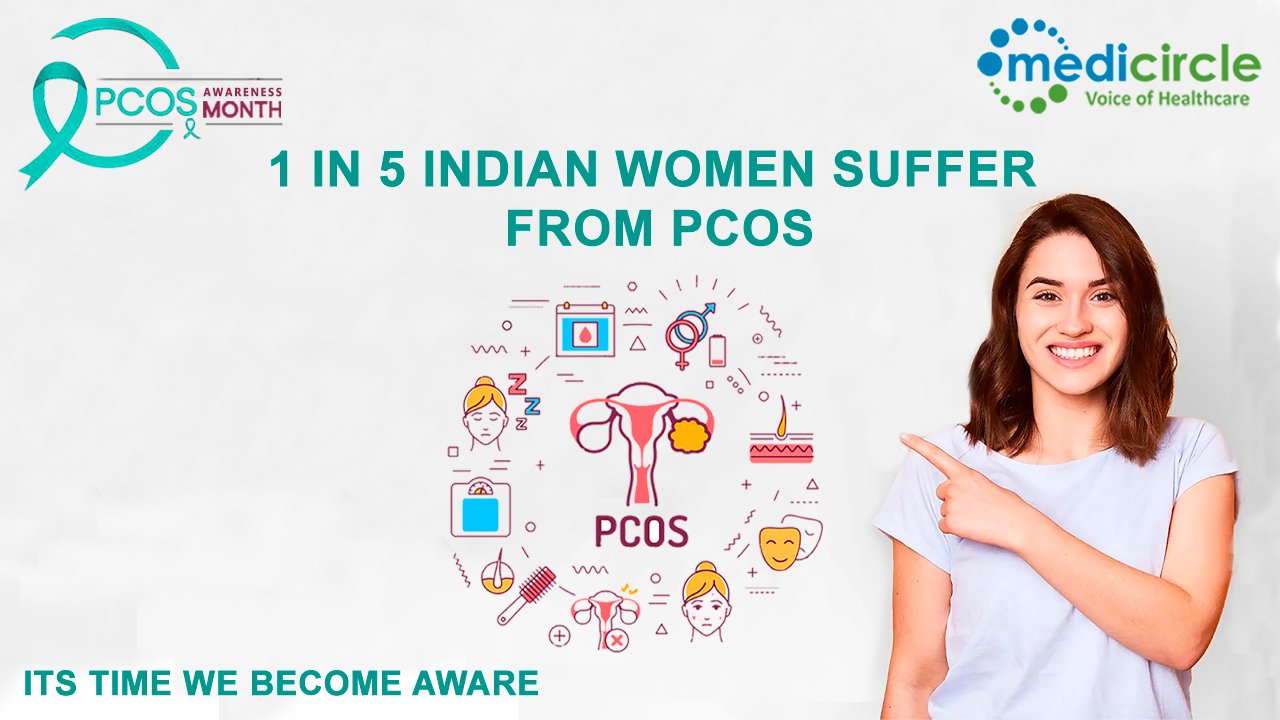 PCOS Awareness Month: It is not a disease, but a lifestyle disorder, know how to manage PCOS effectively.

There is still a lack of awareness about female health and wellness. Most women neither openly talk about their health with their partner nor with the doctor. It just becomes a part of their girls' talk. In which the information is very less and the problems are too many. But you must talk openly about your health. For this purpose, September is celebrated as PCOS Awareness Month.

The exact cause of Polycystic Ovarian Syndrome is not yet known, but insulin resistance and hormone imbalance are known to be genetic cause for PCOS. If a family member has PCOS, the risk increases to about 50 percent in a woman.

Insulin resistance is present in about 80 percent of women diagnosed with PCOS. This condition can stimulate the ovaries to produce an excess of testosterone, inhibiting the normal development of the follicle. This often leads to irregularities in ovulation.

The onset of symptoms of PCOS is gradual and often goes unnoticed. Although symptoms can start as early as adolescence, they tend to appear after a woman has gained a good amount of weight.

Menstrual period problems such as premature or absent periods, heavy, irregular bleeding during periods, and hair loss from the scalp while the hair grows on other parts of the body, such as the face. Apart from this, recurrent miscarriage, depression, insulin resistance, and obstructive sleep apnea are some of the warning signs of PCOS.

Some other symptoms include skin patches, mood swings, and difficulty getting pregnant. Often, these are overlooked or attributed to other causes and result in a delay in PCOS diagnosis. Apart from these symptoms, women with PCOS may have health problems like diabetes, high blood pressure, and high cholesterol.

How is PCOS diagnosed?

Since not all the symptoms of PCOS are seen in every woman affected.

Medical history for PCOS- The doctor reviews the woman's medical history to find out information such as weight, BMI, menstruation, diet, and exercise regimen. Family history can be taken into consideration, especially hormone problems and diabetes.

USG of abdomen and pelvis -If symptoms of PCOS such as cysts and enlarged ovaries are present, they will be visible during the test.

Blood test- The doctor may also order blood tests to check levels of testosterone, prolactin, triglycerides, cholesterol, thyroid stimulating hormone (TSH), and insulin. There may also be a lipid level test, a fasting glucose test, and a thyroid function test.

A clear diagnosis of this condition is found when the patient meets the following criteria, such as menstrual disturbances. The presence of high levels of male hormones in the blood leads to acne or excess hair on the body or face. Both ovaries begin to increase in size or 12 or more follicles appear on one ovary.

There is no cure for PCOS, but it can be controlled through weight loss, a healthy diet, regular exercise, and medication. Lifestyle modification is a must as PCOS is a lifestyle disorder.

Weight loss - The doctor advises overweight women to lose weight. Losing a minimum of five percent weight can also lead to the normalization of the menstrual cycle and thus ovulation.

Quit smoking – Androgens or male sex hormones are present in higher amounts in women who smoke. These hormones are responsible for PCOS. Quitting smoking can help in the treatment of PCOS