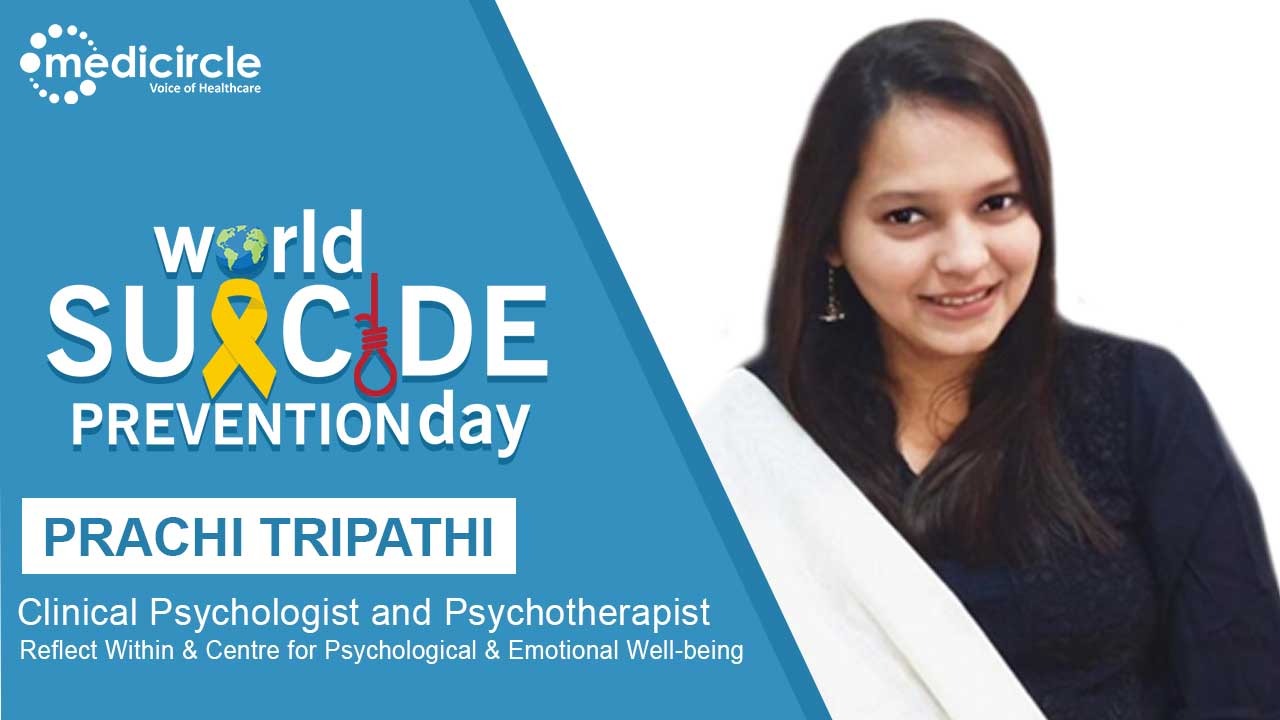 Suicidal tendencies are increasing among youngsters. Let us look forward in life says Prachi Tripathi as she shares valuable insights into addiction, aging, and rational suicide which can help you develop a positive approach towards defeating suicide

We lead busy lifestyles and barely get time to sit and actually process our thoughts, which is likely a reason why mental health issues or underlying problems go unassessed. The majority of these occur in underdeveloped and developing countries. These figures are startling, considering that suicide is preventable. Undiagnosed and untreated mental illness is the biggest reason behind the suicide

The International Association for Suicide Prevention (IASP) initiated World Suicide Prevention Day in 2003. The day is co-sponsored by the World Federation for Mental Health and World Health Organization. The aim of the day is to research and collect data on suicidal behavior, determine the various causes and why its signs go unnoticed and develop sound practices and policies for suicide prevention.

On the occasion of World Suicide Prevention Day which is on 10th September, we at Medicirle, are conducting an exclusive awareness series wherein we will be featuring experts of this field to understand create awareness about suicidal behaviors and how to effectively treat them.

Prachi Tripathi is a clinical psychologist and psychotherapist. Currently, she is the Director of Health Within- A center for emotional and mental well being. She has 8 years of experience after completing her PG in psychology from London UK. She is also worked as a consultant psychologist ate Mind Expert by Wadia Hospital and Dsouza Foundation. She has published many papers on psychology.

Prachi Tripathi says, “Depression is one of the leading causes of suicide and there are many other circumstances which are as follows-

The suicidal person sees no hope in the given situation. They are burdened with emotions and reach an overwhelming state. The emotional state of a suicidal person does not allow him or her to access the problem-saving state. This constant helpless feeling for suicidal patients. As a third person, giving advice is easy. A Suicide attempt is a sign of distress or mental emotion. Many people give several signs of distress are unable to reach out to people which results in desensitization. Many people do not verbalize it as they don’t want other people’s views. So, they avoid venting it out thinking others will judge them negatively. Many people have reasons for suicide when they are in distress. Suicidal people reach a point of hopelessness where they do not want to live anymore.”

Men have a higher incidence of suicide

Prachi Tripathi says, “As per research, the thoughts are higher in women and men have higher incidences of suicide. The factors affecting it are-

Men are more violent and use sure-shot techniques for suicide.

Women may overdose on medicine. While men try to hand themselves

The thought process which results in “cry for help” Lack of expression in suicidal patients  Lack of emotions  Venting out and vulnerability in suicidal patients.  Vocal expression  Society approach makes an impact on the mindset  Societal pressure Lethal attempts of suicide in males  Empathetic is high in females  Feeling of burden

Men are generally head of the family and have a responsibility that can cause financial stress. While, on the other hand, this is not the case in females. These are thoughts that lead to suicide.”

Prachi informs, “As per research and observation, alcohol and drug dependency are caused due to mental stress and emotions. Over a period of time, depression increases. Alcohol and drug use do not relieve you. Addiction does not treat the cause and is a temporary solution. This temporary need for addiction does not give a solution. There are many problems with addictions like-

The help available for people under influence of drugs is limited in nature. There are no health insurance and policies by the government. When drug use is thought to be banned there are several people against it.

All you need to know about rational suicide

Prachi informs, “Rational suicide is seen in the elderly age group. Aging is very difficult and challenging to deal with. An Australian therapist says, “Aging is a disease which has no cure.” Rational suicide is seen in chronic illness patients which causes them to be functionally disabled. Aging brings many diseases physically and mentally. Generally, elderly people in old age homes do not look forward to life thought not waiting to end lives. This hampers motivation to live. This cause-

Losing identity  Losing meaning of life.  Losing the ability to live life Lack of purpose in life  No desire to work

The thought of “not being in use” is difficult to handle. Many people are fearful of death and get anxious thoughts. Rational suicide is less impulsive and builds over time. Awareness is very important. We need to contribute from our side.”